Charlie Edwards and his brother Sunny Edwards had a massive year in their respective careers in 2018.

The elder sibling, Charlie, is now an established world champion holding the green and gold belt with the WBC.

With his boyhood dream complete, Edwards has a keen interest in unifying the division.

“I want to unify the division. I want to fight Moruti Mthalane (IBF champion) next. Whether it can happen or not because there’s a rematch clause (with previous opponent and title-holder Cristofer Rosales) in place. Funnier things have been done, though,” Edwards pointed out to World Boxing News in an exclusive interview.

“Rosales might want to wait around for a fight to be able to fight for two titles instead of one. Things get done in boxing, so we’re waiting to see what’s what.

“There might be another deal. I’m sitting down with Eddie next week, and we can strategize what’s what.

“If it’s a rematch, I’m buzzing. I would love to get back in the ring with him and beat him even better this time. I feel like I’ve got his range, his rhythm, and got his power sources.

“I know from that performance how much it has improved me. How much confidence it’s given me and made me better.

“I would just prepare the same with my coach Grant Smith in the game plan.” 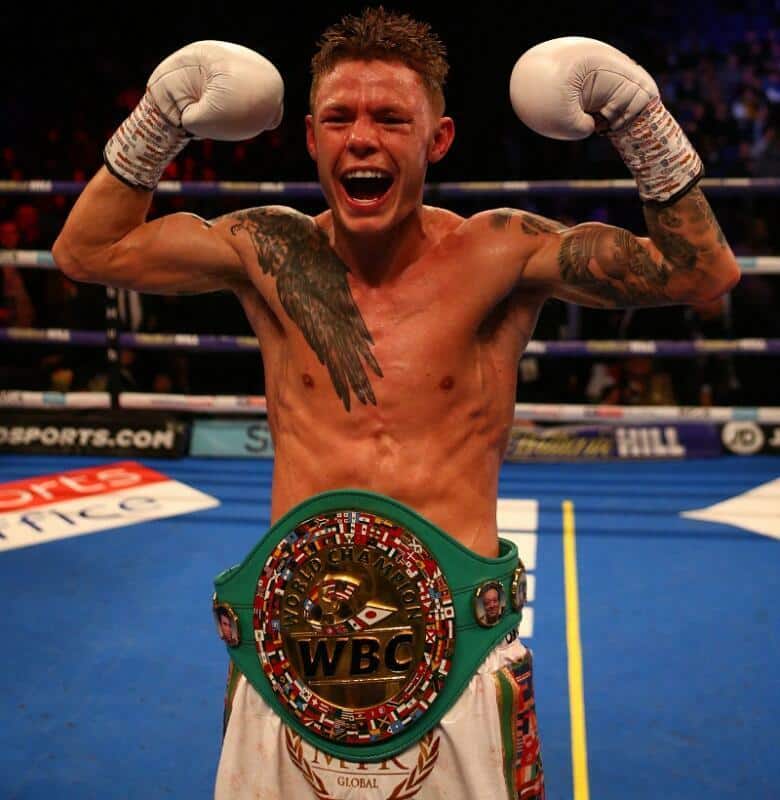 He continued: “Rosales couldn’t outbox me. The only way he could try and beat me was to put it on me from the word go. When he does that, he’ll be susceptible for big shots back.

“I believe that he did try to do that in there, but he couldn’t because I gained his respect.”

Edwards’s new and improved form since teaming up with Grant Smith has shown a very clever boxer, thinking far beyond what lies in front of him.

“I can hit now, I’m planting my feet, and I was hurting him at times. So he couldn’t just walk through my punches because it would’ve been stupid. He would have hurt himself.”

Should the Rosales rematch not take place immediately, a unification as part of Edwards’s first defense would be a rare situation.

When asked by WBN about unifying in his next bout and undisputed champion, Edwards only had one answer.

“Yeah, I’m not in this sport to take part. I’m here to take over. I would love that, why not? Imagine being undisputed in the division and then moving up.

“I’m a realist as well. Options come up every which way. They float around this universe all the time, so really, things happen for a reason.

‘If that’s not my plan that’s supposed to happen – it won’t be. But if there are bigger options out, then it’s about.

“It’s about building a legacy. I can fight Kal Yafai for the title and then move back down. Imagine holding two titles at two weights,” Edwards concluded.