A massive welterweight title clash between pound-for-pound star Terence Crawford and Amir Khan is heading to a Pay-Per-View platform in the UK.

WBN understands Matchroom promoter Eddie Hearn took the fight to Sky Sports Box Office. During the negotiations for what will be Khan’s third and final fight of his Matchroom deal.

An extension remains possible beyond the Crawford fight. Whilst at this point is not yet fully determined.

Khan hooked up with Hearn with the notion of facing Kell Brook at the end of the agreement. This hasn’t come to pass, though, as Khan bids for legacy over a grudge match with his UK rival.

Details of the event revealed on Tuesday place the clash in the United States on April 20. Crawford will be defending his WBO welterweight title on ESPN PPV in the US.

Top Rank’s Bob Arum, who handles Crawford’s career, has a TV agreement with BoxNation in the UK. Fighting this magnitude is handled on a fight-by-fight basis, much like Hearn’s deal with DAZN. 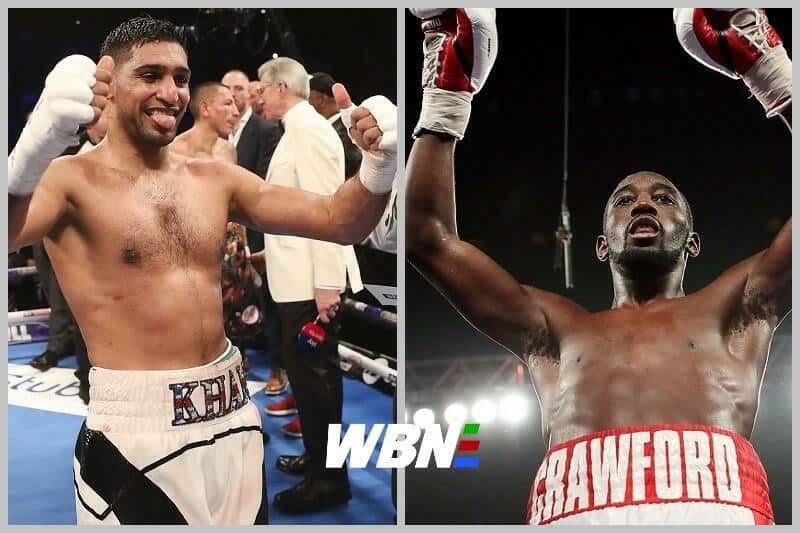 There are some rumors Kell Brook is in negotiations to feature on the undercard against former Crawford opponent Jeff Horn. Brook v Horn is said to be in the early stages of contact but could still be a standalone fight in the UK later this spring.

Brook will obviously be disappointed to miss out on Khan. However, “The Special One” may now fully concentrate on becoming a two-weight world champion.

For Khan, Crawford is an undefeated superstar with a solid record. In addition, ‘Bud’ fully unified the super-lightweight division, something Khan half did himself back in the early 2010s.

British fans are now facing the potential scenario of back-to-back PPVs in one week should Anthony Joshua plow on with unsteady plans to fight on April 13 at Wembley Stadium.

As things stand, plans are not running as smoothly as usual for the heavyweight champion as Joshua usually has everything in place on his next fight way in advance.