Manny Pacquiao is gearing up for what will be the 70th professional contest of his career this Saturday night in Las Vegas.

Adrien Broner will be in the opposite corner as the eight-weight boxing legend makes his return to the world famous MGM Grand Garden Arena.

Pacquiao turned 40 last month and there are many questions as to how long the Filipino Senator can carry on fighting.

Speaking prior to Tuesday’s Grand Arrivals, Pacquiao revealed he no longer desires to build on his boxing legacy.

“I’m still passionate about the sport of boxing and boxing is my passion. That’s why I’m still here continuing fighting,” said Pacquiao.

“I really love boxing and that’s why I’m always excited. I’m preparing for my fight to be settled on January 19.” 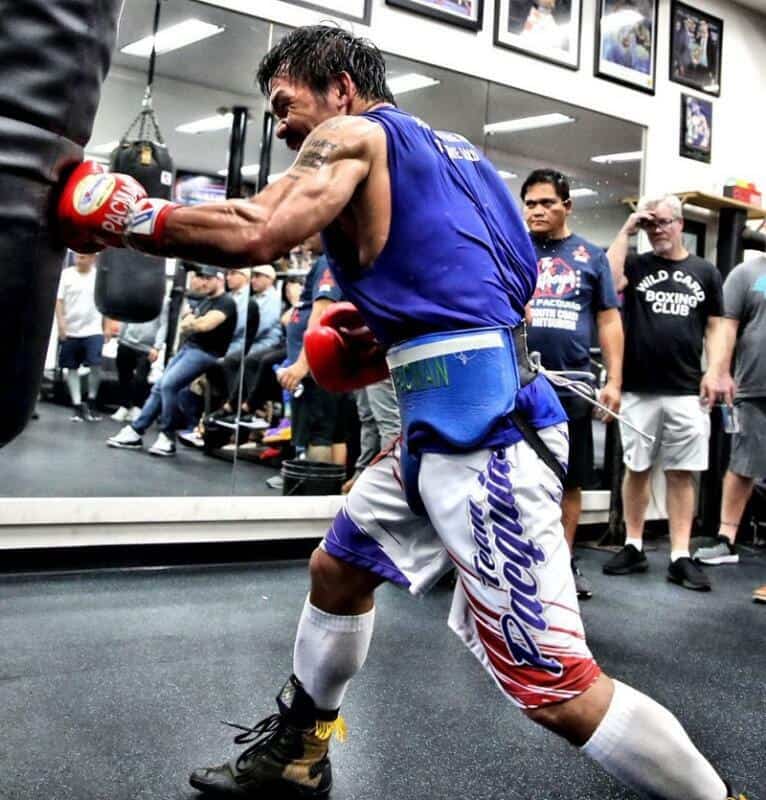 “The routine of my training is the same.  Jog in the morning and train in the afternoon.  But we have a couple of adjustments in training specifically for recovery.

“But if I cannot recover then I let my body rest so that the following day it can push again and work hard,” he added.