The bout took place as the co-feature on ShoBox: The New Generation, and LIVE on SHOWTIME® from StageWorks of Shreveport, Louisiana.

The 21-year-old two-time Junior Olympic National Champion and the 2014 and 2015 National Golden Gloves Champion from Salinas, Calif., Villa outworked and outperformed the slower but determined Cervera en route to a decisive decision victory.

“It felt good fighting on the big stage and I got the victory against a very tough undefeated fighter,” the one-time Olympic alternate Villa said. “I felt I controlled the entire fight with my superior boxing skills. I’m ready to step up to the next level. I’m taking on all comers no matter who they are, I feel I’m the best featherweight in the world.”

In the sixth round, Villa (???? Rosie Cohe) got to work featuring a strong right hand and following up with jabs and combinations that seemed to buzz Cervera, who was out-landed on punches in the round 35-5.

The jab was the key weapon for Villa as he led 105-23 in connects as well as holding a 36 percent to eight percent advantage in jab accuracy. Villa exceeded double-digits in jabs in every round but the first.

The lefty Villa, who is promoted by Thompson Boxing and Banner Promotions, said visiting Riverside, Calif. to spar top fighters has elevated his game. “I’ll give myself an 8 or 9 tonight,” he said. “I believe in my speed. I know there are guys like [Abner] Mares and [Leo] Santa Cruz who people know, but visiting Riverside let me see I can step in there with anyone.”

Cevera became the 182nd career fighter to lose his undefeated record on ShoBox. “I knew Ruben Villa was a very fast fighter because I saw some video of him, but I didn’t know he was that fast,” Cervera said. “He’s much faster when you see him inside the ring. I tried everything I could but my distance was off. 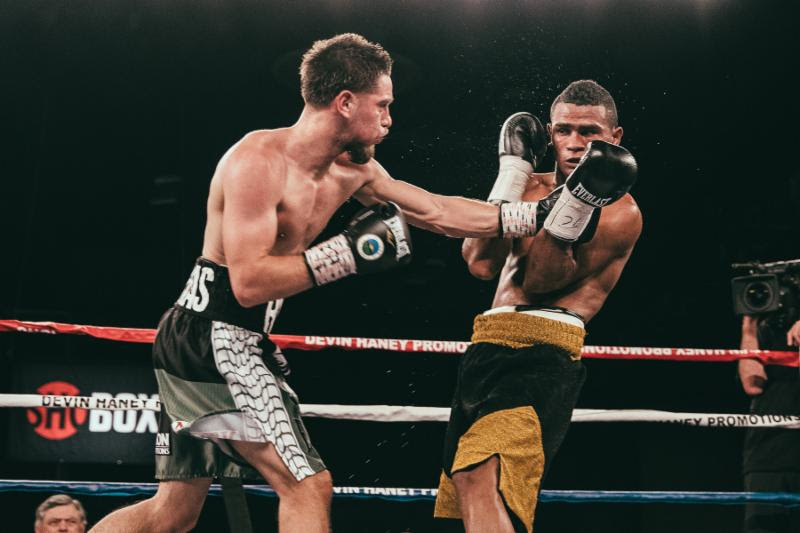 I was able to hit him with a couple of combinations and he probably felt my power. I don’t disagree with the judges’ decision, he was the better man tonight.”