The International Boxing Federation has outlined why negotiations for a mandatory clash between Josh Warrington and Kid Galahad didn’t get off the ground.

As WBN revealed last week, Warrington (???? Chris Roberts) was given until February 6th to agree on a deal to face the featherweight number one from Sheffield.

Just seven days later. And the IBF were instructed to disregard their original order for talks to begin between both promoters.

“The IBF has ordered a purse bid for the mandatory defense of the Featherweight title. Champion Josh Warrington and #1 ranked contender Kid Galahad,” an IBF statement read.

“Warrington was ordered to negotiate with Galahad on January 7, 2019. On January 12, the IBF received a written certification from Eddie Hearn on behalf of Kid Galahad and Matchroom Boxing indicating that they were no longer willing to participate in negotiations.

“(They have now) requested an immediate purse bid pursuant to IBF Rule 10A. The purse bid for this bout will take place on Thursday, January 24, 2019 at 12 Noon.” 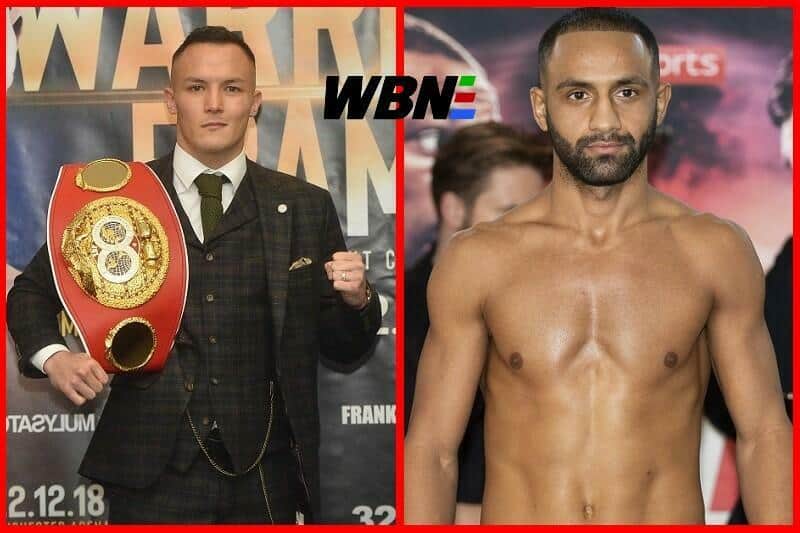 In an exclusive interview with WBN upon hearing the news last week, Galahad (???? Mark Robinson) was looking forward to getting his chance.

“I’m very happy with the news (of negotiations being ordered). I hope that the British fight fans are too,” Galahad told World Boxing News last Wednesday.

“You have two undefeated fighters close to their peak putting it on the line for world title honours. This is what boxing should be about.”

Asked if he was apprehensive Warrington might vacate the title to avoid him, Galahad replied: “I’m not worried. Josh calls himself a fighting man and a ‘warrior’.

“He also got to face the champion by earning his shot versus Lee Selby. So I’m sure he won’t let his Leeds fans down in setting up a Battle of Yorkshire.

“All I’m personally interested is getting in the ring and fight night. Now it’s my chance. The only fight I am interested in next is Warrington,” he added.

A straight shootout between Hearn, Warren plus any other interested parties will take place in just ten days time.