Top 13 fighters with most the appearances on HBO Boxing

As boxing gets to grips with the demise of HBO as a force in the sport, WBN looks at some of the top names who graced the network over the years.

HBO bowed out after 45 years last December as streaming and apps begin to take over the handling of the biggest bouts on offer.

Some of the best names around have featured on HBO in the past, with the Top 13 a who’s who of royalty within the fistic community.

Below is a rundown of who topped HBO on the most occasions.

Surprisingly, ‘Iron’ Mike is low down on the list due to his switch to Showtime late in his career. His most lucrative appearance came alongside HBO fighter Lennox Lewis in 2002 when the pair shared TV rights between both channels.

In a standalone capacity, Tyson’s clash with Michael Spinks in 1988 remains his biggest earner on HBO.

Remembered as one of the best fighters of the 1990’s, ‘Sweet Pea’ Whitaker was an HBO regular, culminating in a super-fight with Oscar De La Hoya in 1997.

Barrera, one of Mexico’s greatest exports, battled to Fight of the Year contenders against Manny Pacquiao and Prince Naseem Hamed during an illustrious career. 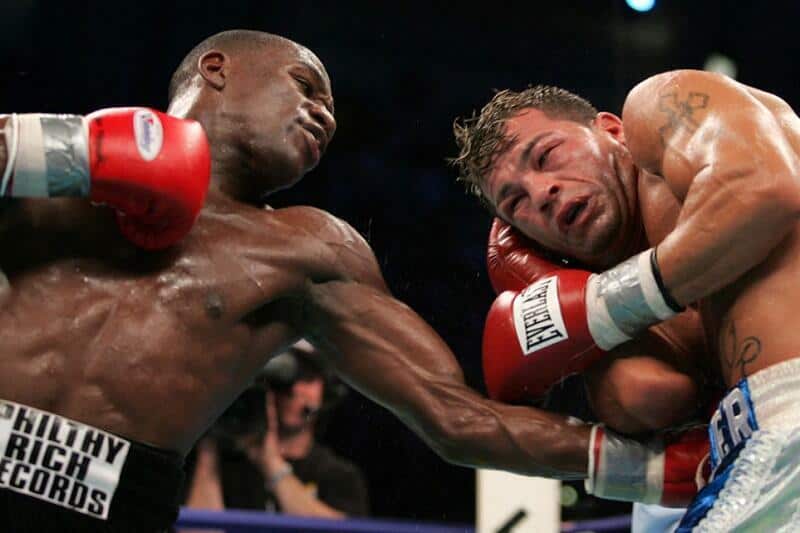 ‘Thunder’ is fondly held in high regard for his ‘guts n glory’ style and fear of no man. Sadly no longer with us, Gatti’s trilogy with Micky Ward will live long in the memory.

Round nine of their first meeting is regarded as the best round of boxing of all time in the eyes of many.

The big Ukrainian was a favorite of HBO’s during his long reign as world heavyweight champion. Due to his lack of a big name American rival, Klitschko sadly never made it to the PPV platform stateside. 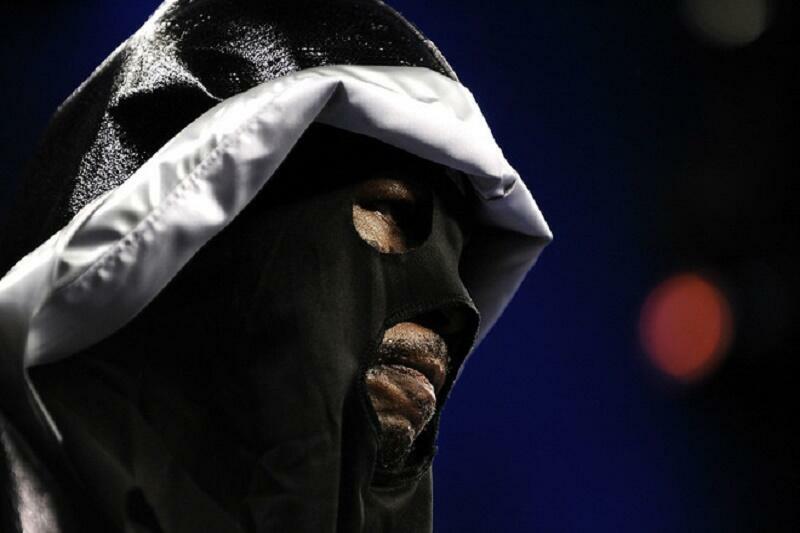 Lewis had many a battle on HBO, with fights against Tyson, Andrew Golota, Michael Grant, David Tua, Vitali Klitschko and of course, Evander Holyfield making big bucks. One of the few non-US natives to make it as a PPV star, Lewis was the last undisputed heavyweight champion in history.

‘B-Hop’ or later ‘The Executioner’ and ‘The Alien’, Hopkins enjoyed a long career, which eventually saw him become the oldest world champion of all time.

Both need no introduction and fought each other in November 2009. Pacquiao came out on top. And to this day, holds the PPV record alongside Floyd Mayweather at 4.6m.

HBO shared coverage with Showtime as Pacquiao and Mayweather fought out an underwhelming and long-awaited encounter. Rumors have it that a rematch will happen in 2019.

For Cotto, a distinguished career as one of the best Puerto Rican fighters ever was once again topped by a fight against Floyd Mayweather in 2012.

Another twosome with past history as Mosley is remembered for almost taking Mayweather down early on in their 2010 clash. Mosley also fought De La Hoya twice and Pacquiao once.

Mayweather would have topped the list had he not decided to leave the network for a six-fight Showtime deal late in his career. The 41 year-old remains the biggest star PPV has ever seen and could still command a nine-figure check to this day. 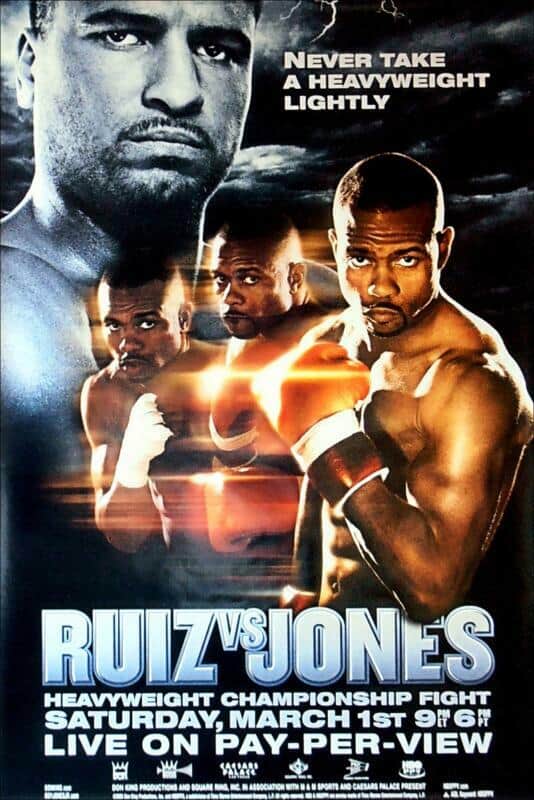 De La Hoya continued his collaboration with HBO from fighter to promoter until the company hung up thier boxing gloves in 2018. ‘The Golden Boy’ features three times in the Top 20 PPV’s of all time after taking on Floyd Mayweather, Manny Pacquiao and Felix Trinidad. Sadly, De La Hoya was unable to win any despite a standout spell trading blows.

Jones was the best fighter of his generation and the pound for pound king of his time. Dazzling skills and the ability not to be hit kept fans enthralled.

His major events include three fights with Antonio Tarver, a rivalry with James Toney and an amazing night when crowned heavyweight champion of the world against John Ruiz in 2003.

For more on HBO Boxing visit the website here