Controversial welterweight Adrien Broner says a win over boxing legend Manny Pacquiao this weekend places him as the top name in the sport.

‘The Problem’, who heads into the bout with legal troubles hanging over him, knows nothing but a victory will do in his quest for greatness.

Broner has been touting himself as the second coming of Floyd Mayweather for some time now. Losses against the likes of Shawn Porter, Marcos Maidana and Mikey Garcia have halted his progression.

With four-weight world title wins behind him, there’s no doubting Broner has the talent if not the temperament.

Discussing his thoughts prior to fight week, Broner stressed the importance of facing someone in the ilk of the ‘Pacman’.

“This fight is very important from a business standpoint and for About Billions. A lot of young fighters want to work with me and I have to show them the way,” Broner said.

“As a leader, if I win this fight it gives them something to brag about. I’m not only fighting for me, but I’m also fighting for my family and my kids. It’s the longevity, it’s for after boxing. I have a chance to set myself up so that my kids’ kids can live comfortably.

“We’re boxers. We’re not afraid of nobody. We bleed the same, we walk the same, we put our pants on one at a time. There’s nothing to be afraid of. I’m trying to knock this guy out. I might laugh, I might play around but I’m trying to get him out of here. 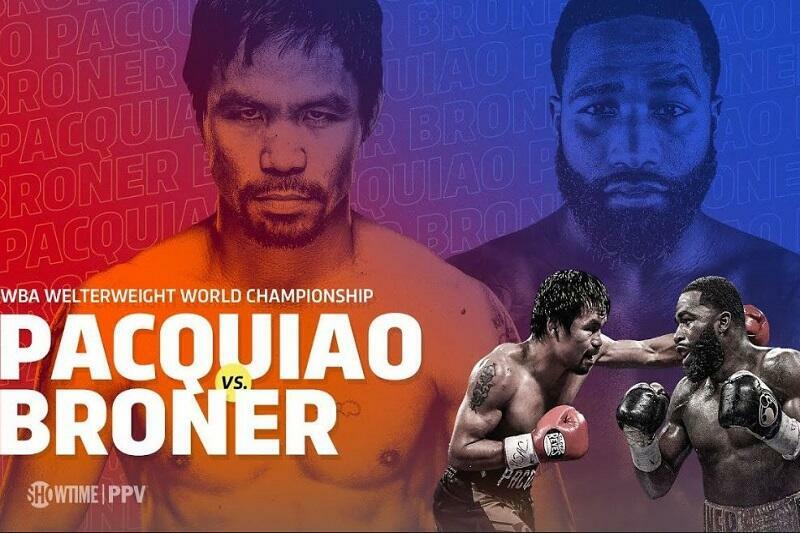 “Every fighter is different. I don’t compare fighters to each other. Every fighter has their good habits and their bad habits. All around, he’s a great fighter.

“He’s done something that nobody has ever done in the sport but it’s time to turn over a new leaf. Adrien Broner will be the biggest name in boxing.

“I feel good at any weight and I feel strong. I will let everything show January 19. It’s going to be a hell of a fight. I just want to beat the man in great fashion. It’s nothing personal, it’s just for me so I can wake up and say I beat Manny Pacquiao.”

Pacquiao vs. Broner is headlined by Senator Manny “Pacman” Pacquiao is boxing’s only eight-division world champion. He is ending his two-year hiatus from a U.S. boxing ring to defend his World Boxing Association Welterweight World Title against former four-division world champion and must-see attraction Adrien “The Problem” Broner.

The fight happens Saturday, January 19 in the main event of a SHOWTIME PPV® event from the MGM Grand Garden Arena in Las Vegas.