Just days after UK promoter Frank Warren announced contact had been made for a fight between Billy Joe Saunders and Gennady Golovkin, Oscar De La Hoya awoke from his social media silence.

Over a week after his last post, De La Hoya moved to state his intentions to make Canelo v Golovkin III, which will disappoint British fans looking forward to Saunders getting his chance at a big fight.

Warren had said he was hopeful of getting a deal done for Golovkin v Saunders this year.

“We signed for the fight twice, they sent contracts, and we signed them and sent them back,” Warren told the Pound for Pound podcast.

“Will they want that fight with no titles on the line? Maybe money will talk. And in fact, my son spoke to Tom Loeffler today, so we’re exploring that.

“We want to make the fight. It would be a fantastic fight.”

Warren also revealed a fight with Canelo for Saunders is off the table for the foreseeable future.

“He’ll never fight Canelo. They don’t want that job, not after Billy did a job on David Lemieux.” 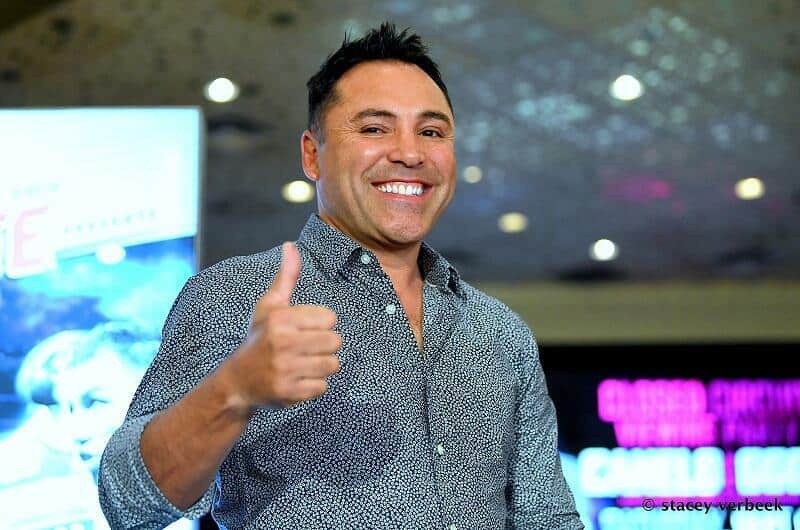 De La Hoya wasted no time making his intentions clear by informing Eric Gomez to initiate negotiations for a trilogy.

The words came a full eight days since De La Hoya last posted. The former world champion had been relatively quiet since his infamous PPV is dead tweet.

“I’m proud that Mikey is daring to be great and fighting at welterweight without knowing what it’s like. But without a promoter, nobody is taking care of his best interest.

“Spence is being positioned to become a star by his promoter,” he added.

No doubt the majority of boxing fans would choose Canelo v GGG III over Golovkin v Saunders. However, the latter fight would be a huge deal on British shores.

Saunders has continuously been left in the lurch when bidding to make massive fights, having tried to initiate deals with GGG, Amir Khan, Danny Jacobs, and James DeGale in the past.