Fury, 30, is on the verge of securing a rematch with Deontay Wilder having earmarked Joshua for an encounter later in the year.

Promoter Frank Warren named Wilder and Joshua as the only two targets for Fury in his recent column preview of 2019.

Warren said: “I could go on and on and continue to reel off names. But the bottom line is we want to make the fights that matter and that is what we will do.

“Those (Wilder and Joshua) are the only fights Tyson Fury is interested in after reasserting himself as the world’s best heavyweight. He may not have the belts, but he is top of the charts again now. We are working on his rematch with Wilder currently.

“After that, he will want Anthony Joshua. There is no reason from our side why this shouldn’t become a reality because it is a fight the British public will demand to see before too long.”

Speaking from training camp in Marbella, which began earlier this month with trainer Ben Davison, Fury has all but given up hope of persuading Joshua to put his previously owned belts on the line. 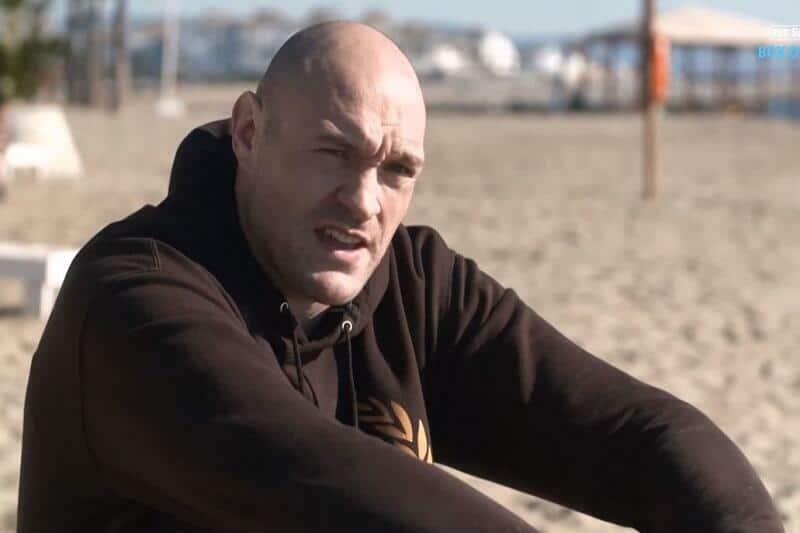 “I’ve already beaten Wilder so that’s one down,” said Fury to BT Sport’s No Filter Boxing below. “And I’ll do the same to Joshua if given the chance.

“But I don’t think it’s going to happen. Sorry to disappoint the sports fans.”

👀 @Tyson_Fury breaks the silence on a potential "Battle of Britain" fight with @anthonyfjoshua… 🇬🇧 pic.twitter.com/6zZ0OwsEPi

Fury continued by giving his reasons why Joshua won’t take him on.

“Joshua, even with two hammers in each hand, could never beat Tyson Fury – and they know it! – They know that. They’re not silly.

“It’s a business as well, so they’re not going to take the fight. Simple as.

“They may say they’re going to take the fight. They might talk about it but then they’ll fight somebody else. Like they keep doing.

“But that fight ain’t going to happen. I’m not holding my breath at all,” he added.

Joshua looks set to makes his choose from two options for his next title defense. Either Dillian Whyte in the UK or Jarrell Miller in the United States.

Both bouts haven’t been received well with the majority of fans, although with Wilder and Fury concentrating on each other, Joshua has few options open to him.

Luis Ortiz would probably be top of most people’s lists, whilst British supporters believe Whyte has earned another crack following defeat in 2015.