Growing up in Northern Ontario, Canada, Cody “The Crippler” Crowley got tired of giving his all to hockey and still losing, mostly because his teammates didn’t all share his tireless work ethic.

“I’m busting my ass and we still lose because other guys on the team weren’t trying as hard,” said Crowley, “that’s when I decided to go all in with boxing. I realized as much as I put into boxing, that’s what I get out.”

Now the undefeated CPBC Canadian and International Super Welterweight Champion, as well as his own promoter, Crowley (16-0, 9 KOs) will defend his titles against former Canadian champion Stuart McLellan (25-2-3, 10 KOs) in the 12-round main event of “Homecoming IV- Bad Blood,” on Saturday, February 9, at the Memorial Centre in Peterborough.

“I used to tell my teachers I’m going to be a professional fighter and they would laugh and tell me to think about a real job,” recalls Crowley. The laughing stopped though, when he went on to win the Canadian Amateur Championship, three provincial championships and took bronze at the Commonwealth Games in 60 fights.

“After I graduated high school, I decided to go where the proper trainers and sparring partners are for me to advance, so I packed a bag and moved to Las Vegas.”

Crowley says at first no one was paying much attention to the unknown Canadian southpaw showing up at the gym every day. “I got there and started training and nobody saw anything in me at first,” he admits. “But when I was still there two months later, and they realized I wasn’t going anywhere, that’s when it all started to change.”

Cason, currently best known for his work with Rahman and former heavyweight champion Samuel Peter, says he immediately set about trying to polish the diamond he saw in his aggressive, but sometimes crude, protegee. 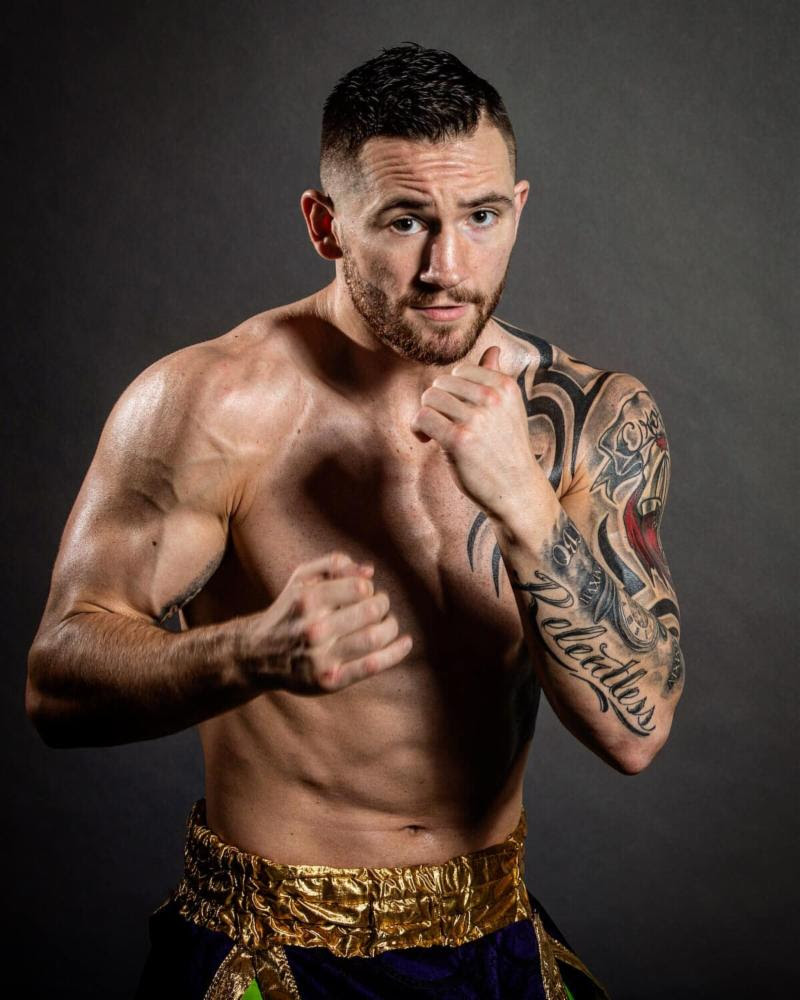 “Cody was like an octopus,” explained Cason. “He’s got a swarming style. He’s on you, no matter what, but I’ve been working on making him more of a thinking pressure fighter, like a Roberto Duran; not so crude in his approach. He’s still always going to be on you, but also, at the same time, he’s draining your energy and making you miss.”

“Growing up self-trained, the only thing I know is to bust my ass for all three minutes of every round,” said Crowley. “I’m a determined, scrappy, aggressive pressure fighter. But over the last two years, Ibn has really changed the way I think and move in the ring. I’m turning in to a smarter boxer. In my heart, I’ll always be a slugger, but Ibn has been adding new dimensions to my game.”

Other notable figures in Vegas soon began to take notice of the 25-year-old, dubbing him “White Lightning” in gym circles.

After a particularly impressive sparring session with an Olympic medallist, Crowley signed with a top promotional outfit in Vegas and won a couple fights for them.

But then, Crowley and Cason began the feel pressured to take fights they may not have been ready for.

“They started pushing very heavy opponents on us,” recalled Crowley. “With me not having as big of an amateur career as these guys and still working on refining my natural ability, we thought it was a little too far of a push. Why risk it? I really mean nothing to a big promotional company, so we made the decision to pull away from the big promoter and give me more time to master my craft before we start taking the ‘sink or swim’ fights.”

And so, soon after, Crowley’s CCC Promotions was born.

Crowley and Cason started putting on shows, and fighting and winning in the main events, back at the Memorial Centre in hometown Peterborough.

Fan reaction was strong from the start, but then the phone rang.

And it all changed again.

“Floyd Mayweather’s people called and invited me to camp when he was training for the Manny Pacquiao fight and needed southpaw work. But then the first day of training camp, they told me to leave. I’m 5’ 9” so I was a little bit too tall they said.”

In true Cody Crowley style, however, the scrappy Canadian just kept showing up at Mayweather’s Vegas gym and working hard, even if no one was watching.

“They told me to go, but I kept showing up. About two or there weeks into camp, Floyd called to me and told me to get in the ring. We went about 12 rounds straight. He tried everything to hurt me, but I kept with him. Everything was cool after that. I had everybody’s respect. I started getting attention back home.”

Crowley also went on to help Mayweather prepare for his next super fight against Conor McGregor.

“My fan base started to grow exponentially when word got back about what I was doing in the States,” said Crowley.

A Cody Crowley fight in Peterborough quickly became the hottest ticket in the city, where sell-out crowds of electrified fans from every walk of life come to cheer on their homegrown hero. In fact, the mayor of Peterborough even gave Crowley the key to the city and declared a Cody Crowley day. Canadian media have even flown to Vegas to do a documentary on his exploits.

Crowley has gone on to work with countless world champions in Vegas.

“I’ve been hired personally by 16 or 17 world champions including Tim Bradley, Zab Judah, Jorge Linares, the list goes on and on. I’m not just a sparring partner. I am the real deal. There’s a reason why these guys want me.”

Undefeated now in 16 fights, with a Canadian super fight looming next month, Crowley now sits on the verge of a breakthrough into the world boxing scene… and it was all because of his tireless hard work and refusal to given in.

“I picked up and moved and left my family and friends and everything I know to chase my dream. Some people said I was crazy, but now they’re all starting to see. I’ve got all kinds of businesses behind me, tons of fans and a great team at City Athletic Boxing Gym in Vegas. It’s a unique situation and I can’t wait to see what happens next.”