After two previous failed attempts to seal a deal between the pair, Warren hopes it will be the third time lucky this year.

“We signed for the fight twice, they sent contracts, and we signed them and sent them back,” Warren told the Pound for Pound podcast.

“Will they want that fight with no titles on the line? Maybe money will talk. And in fact, my son spoke to Tom Loeffler today, so we’re exploring that.

“We want to make the fight. It would be a fantastic fight.”

Warren also revealed a fight with Canelo for Saunders is off the table for the foreseeable future.

“He’ll never fight Canelo. They don’t want that job, not after Billy did a job on David Lemieux.” 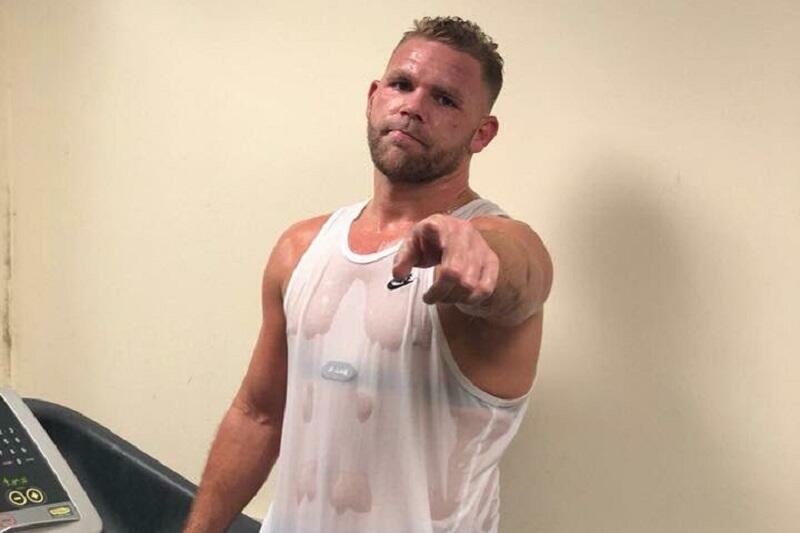 Golovkin is currently looking for a TV deal following HBO’s decision to bow out of boxing, and his next opponent could determine what move the Kazakh makes.

Warren has ties to Top Rank at the moment but would certainly be open to allowing Saunders to feature on Showtime against Golovkin.

Whatever happens in the immediate future, Warren promised to make Saunders big fights in the coming year after a frustrating 2018.

“I am also determined to make it a big year that counts for Billy Joe Saunders, who so unfairly had to relinquish his world title a few months ago.

“I would back Bill against any of the current champions and, mark my words, he will be back in the mix before too long and reclaiming lost property,” said the Hall of Famer.

Saunders and Golovkin could even move up to 168 together for the contest to challenge one of the champions at 168 later in the year.