Charlie Edwards claimed his first world title last month with a scintillating performance against Cristofer Rosales. The new WBC champion already has his sights on another title.

One name that commonly pops up on the Edwards radar is Khalid Yafai, the WBA Super Flyweight champion.

Mentioning a fight happening with Yafai this year, Edwards opened up in an exclusive interview with World Boxing News.

“The only one who I don’t think wants it is Kal. If I’m honest with you, everyone else wants to make it.

“Eddie would love to make it. I don’t understand it (why Yafai doesn’t), but at the end of the day I am a world champion.” 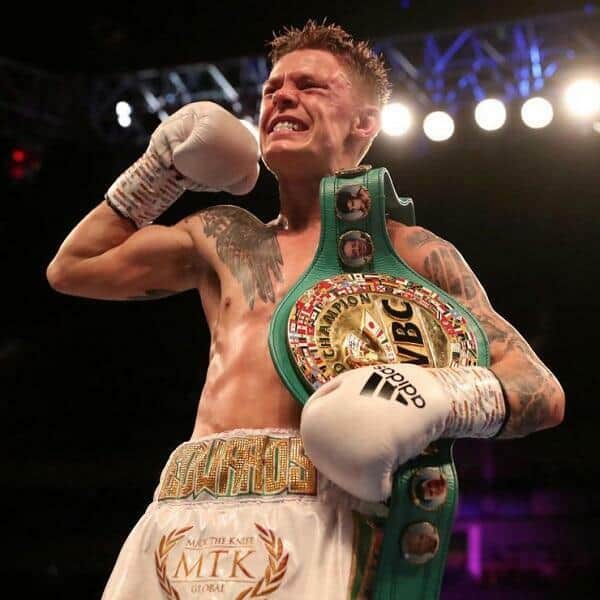 The two have a long history dating back to their amateur days in Team GB. Edwards insists that the fight is still of interest.

“My stock has risen and if it does happen I’ll be getting paid mega money for it now. If it doesn’t happen, I don’t really care,” he said.

“My aim isn’t just Kal Yafai. I just want to build a legacy and to give the fans what they want.

“We could put a little saga on that will be remembered, the first fight is going down in history anyway.”

Rather than moving up, Edwards looks and feels very comfortable at his new lower weight of Flyweight. Another possible domestic opponent is Andrew Selby.

When asked by WBN if a fight with Selby would give him satisfaction, he replied: “Yeah it does, 100%. I’m here now to rule supreme and I’ll fight anyone.

“At the end of the day, I’m number one and I’ve got a bounty on my head now. Anyone who wants it can get it.

“I’m sure Selby has actually got a final eliminator in Mexico against a Mexican fighter. He’s got that. After that he’ll be my mandatory and if it all links into place then yeah, of course, it can happen. I’m not shying away from anybody.”

Selby, who holds a record of 11-0 previously held a mandatory position for the WBC belt after outpointing Cristofer Rosales.

Turning down a title fight against feared puncher Daigo Higa meant that in an odd turn of events Rosales would go on to cause an upset win, making himself the champion.

“The only reason I haven’t fought Andrew Selby before was that we were flyweights and I knew how good we both were. I knew what money we would be getting paid.

“Fighting for a British title would be ludicrous. But now I’m the world champion so who’s getting all the money in that fight? It’s going to be me.

“I admire what my decision was back when I was younger as it’s going to show diligence,” he concluded.