Frank Warren has revealed big plans for Josh Warrington and Billy Joe Saunders ahead of another packed year for the company.

Warren spearheaded one of the most successful year’s in Queensberry Promotion’s history as a collaboration with BT Sport Box Office got into full swing.

Handling two of the biggest stars of the past twelve months in Josh Warrington and Tyson Fury, Warren aims to build on his recent run of form.

Outlining his vision for Warrington in a 2018 year review. Warren also hopes to kickstart the stalling career of Billy Joe Saunders.

Regarding Carl Frampton, who lost for only the second time last month. Warren will await and respect whatever the Belfast man decides.

“Josh Warrington has got everything in front of him now he has proved himself to be the real deal and unifying titles is the obvious way forward for him,” said Warren.

“He is someone on the up and up and there will be more big nights for Josh in 2019. Hopefully the same will be the case for Carl – a true gent I hold in the highest regard. But we will wait and see what he decides to do after spending time with his family.

“Josh and Carl (???? Chris Roberts) really put the seal on a sizzling year for the sport at the Manchester Arena. In front of their loyal hordes of supporters, who also made it such a memorable occasion. 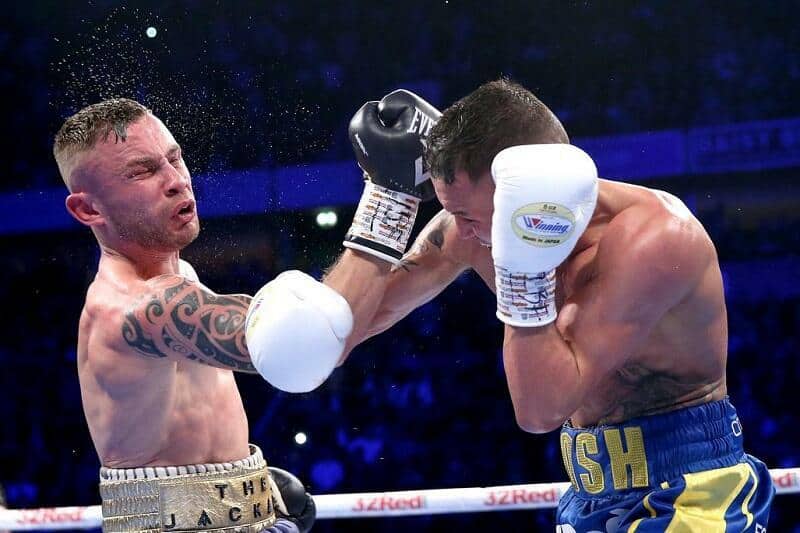 “That they were rewarded with such a captivating contest is a result of putting the best in against the best. And that is what we strive to do as often as we can.

“I am also determined to make it a big year that counts for Billy Joe Saunders, who so unfairly had to relinquish his world title a few months ago.

“I would back Bill against any of the current champions. And, mark my words, he will be back in the mix before too long and reclaiming lost property.

“So there is much to look forward to in 2019. The only way is up for our hugely talented stable of fighters,” he added.

With Fury, Warrington, Frampton and Saunders adding to the likes of Anthony Yarde and Daniel Dubois. The future looks bright for Warren and his stable.