Former WBC champion and the first ever Women’s IBO super-welterweight champion, Mikaela Lauren went bold in gold back in 2015.

At 40, Lauren sizzled in a painted pose with only the World Boxing Council title covering her modesty.

Welcoming in another year, the stunning Swede stripped off two years ago for a photo shoot. In the picture, taken by Katja Elmen, Lauren proved age is just a number.

Lauren retired in July after two successive victories on the back of losing to pound for pound queen Cecilia Braekhus in October 2017.

The reverse represented a fifth career defeat for Lauren, who is a two-time world title holder at 154 pounds.

At the weigh-in, Lauren famously planted a kiss on the lips of Braekhus before losing for a second time to the Norweigan great.

They first met in 2010, with Braekhus inflicting a first loss on Lauren on the undercard of Sebastian Sylvester v Mahir Oral in Rostock, Germany.

A certain Kubrat Pulev featured on the bill as the Bulgarian moved to 9-0 in the early stages of his pro career.

Rumors have already begun to place Lauren back in a boxing ring in 2019, although the fighter herself is yet to confirm. 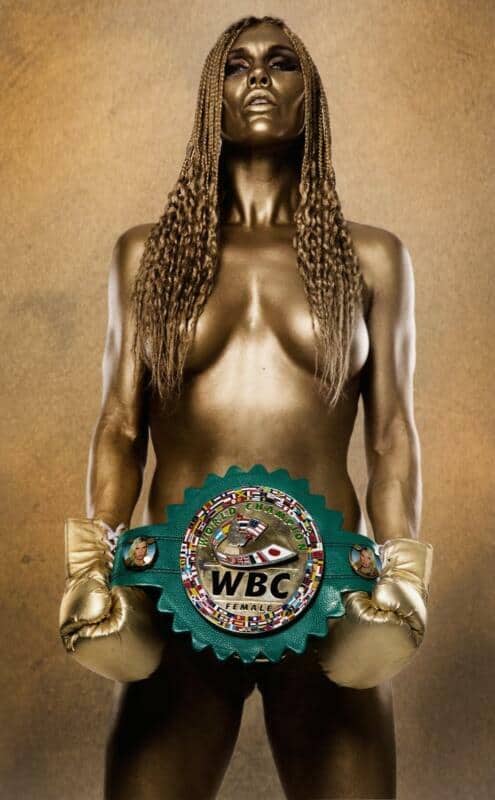 In other WBC news, Mauricio Sulaiman shared his thoughts on the recent boxing TV boom. Also the sad death of Alberto Reyes and the recovery of Adonis Stevenson.

“We must celebrate with great joy the incredible platform to which PBC has developed with FOX to have open television nation-wide in the United States,” said Sulaiman.

“We must celebrate and welcome DAZN as it brings an unbelievable opportunity for millions to watch boxing under their platform,. Just as ESPN continues to grow its boxing broadcast with sensational matches. And of course Showtime, which stands strong with great boxing programming.

“There are so many other platforms which continue to grow boxing in so many countries, so these are interesting times for our sport.

“Just as we were starting the year, very sad news came with the passing away of Alberto Reyes. Alberto is from the Reyes family and the manufacturing company of boxing gloves.

“The world of boxing united to send their condolences to his wife Bertha and his children Alberto Jr., Elizabeth, Malena and Jazmin.

“We also regret the passing away of a sensational human being. Alberto was a WBC ring official from Curacao, Harold Laurens, who passed away on December 30.”

“The best news has been the great recovery of our dear champion, Adonis Stevenson.

“We continue to pray for his continuous recovery. As so many people from around the world have expressed their solidarity, care, and concern during these difficult times. Adonis is a warrior who is fighting the best fight of his life.

“I am happy to be back with this weekly report, which hopefully finds interest with some friends regarding our sport of boxing,” he added.