EXCLUSIVE: Galahad happy with IBF ruling, focused on Warrington next

Sheffield’s Kid Galahad is set to fight for a world title in his next outing after a ruling by the International Boxing Federation.

The IBF informed WBN their current champion has 30 days to negotiate with number one-ranked Galahad on Monday.

Purse bids for the encounter will be set if needed, with a Frank Warren v Eddie Hearn bidding war in the works if they don’t reach an amicable agreement.

“They were ordered to negotiate. They have 30 days to do so. If they can’t reach an agreement, then Warrington v Galahad will go to bid.”

This gives Warrington until February 6th to conclude a deal before Warren, Hearn – and whoever else is interested – can make their play.

Speaking exclusively to WBN on Wednesday, Galahad is patiently awaiting the finalization of his first shot at a major belt.

The 28 year-old fully expects his next opponent to be the WBN Fighter of the Year nominee.

“I’m very happy with the news and I hope that the British fight fans are too,” Galahad told World Boxing News on Wednesday.

“You have two undefeated fighters close to their peak putting it on the line for world title honours. This is what boxing should be about.”

Asked if he was apprehensive Warrington might vacate the title to avoid him, Galahad replied: “I’m not worried. Josh calls himself a fighting man and a ‘warrior’.

“He also got to face the champion by earning his shot versus Lee Selby. So I’m sure he won’t let his Leeds fans down in setting up a Battle of Yorkshire.” 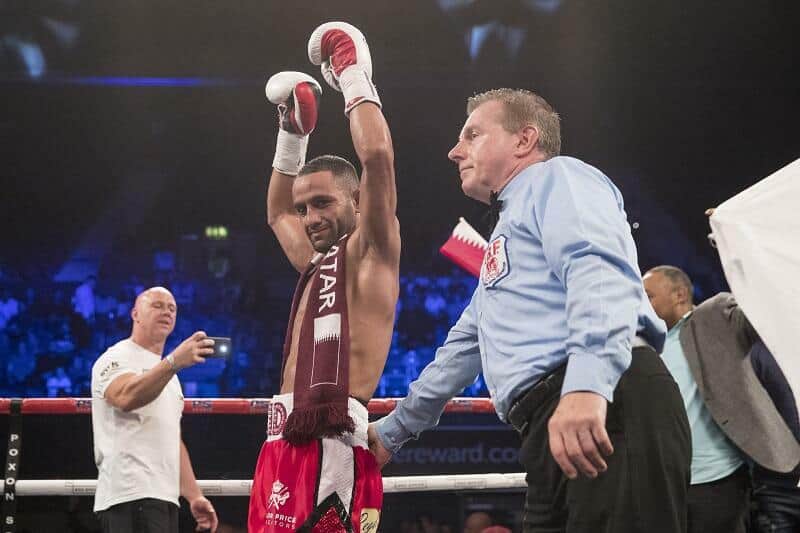 Promotional rivals Warren and Hearn now have to thrash out terms as Warrington follows up his victorious British double against Selby and Carl Frampton last time out with a third straight all-UK clash.

“I don’t expect any problems. They (Frank and Eddie) came to an agreement when Billy Joe was sanctioned to fight Andrade only a few months back,” pointed out the Ingle Gym star.

“So let’s hope they can make this one work too. It would be good for the whole of boxing and for some people it adds a nice little subplot.

“All I’m personally interested is getting in the ring and fight night. But if it adds a dynamic and talking point for the fans then great.”

Warrington proved his metal in a hellacious encounter with Frampton last month. Galahad since clarified that he predicted the result.

Furthermore, the 26-0 featherweight is already focused on trading blows with Warrington at some point in the coming months.

“The win was as I expected. I’ve been telling the boxing world for some time that Frampton isn’t the same fighter anymore. Josh proved that and had a good fight plan. He executed it well.

“Now it’s my chance and the only fight I am interested in next is Warrington,” he added.