The Japanese kickboxer was called out by McGregor after the outspoken Irishman trolled Floyd Mayweather for his money-making exploits on December 31.

McGregor wants a piece of the pie which saw Mayweather made $3.25m per minute in a one-sided bout against the 20 year-old.

Putting himself forward for a similar paycheck before the summer, McGregor said: “I wish to go to Tokyo to face Tenshin Nasukawa in a Mixed Martial Arts exhibition bout.

“Before this summer. Please arrange this, this instant. Yours sincerely, The champ, champ.”

I wish to go to Tokyo to face Tenshin Nasukawa in a Mixed Martial Arts exhibition bout.
Before this summer.
Please arrange this, this instant.
Yours sincerely
The champ champ. @ufc @ParadigmSM

In direct response, Tenshin (???? RIZIN) stated: “Dear Mr. McGregor, thank you very much for remembering my name. I’m honored that you would even consider fighting me.

“58kg and kickboxing rules would probably get us in the ring sometime in the near future.” 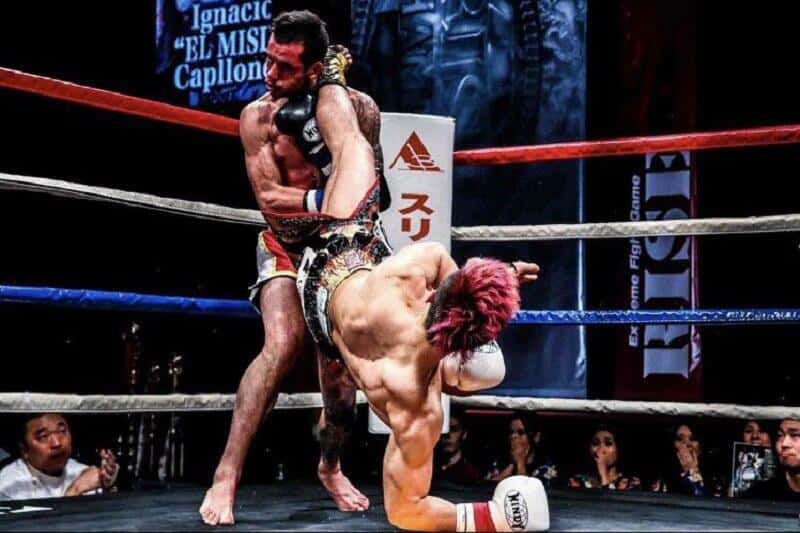 All joking aside, is a McGregor v Tenshin fight possible down the line? – It would seem so.

Tenshin will eventually move up in weight anyway, with McGregor a firm rival at some point in the future.

Should Dana White make an offer to Tenshin in the future, the pair could end up in the UFC together.

Sticking to one discipline, at this point kickboxing, would be an unlikely scenario for Tenshin long-term.

Honing his grappling skills could lead to a mega-money offer from White. A contest opposite McGregor would then firmly be in the offing.

For Mayweather, it seems the ex-pound for pound king was dusting off the cobwebs for an even bigger payday.

A promise to rematch Manny Pacquiao is said to be on course, provided the Filipino comes through Adrien Broner this month.

‘MayPac 2’ is likely to happen in the late spring or early summer despite career denials from Mayweather in his post-fight interview in Japan.