Advertisements
Home » Anthony Joshua: Is it Dillian Whyte at Wembley or Jarrell Miller at MSG?

Anthony Joshua: Is it Dillian Whyte at Wembley or Jarrell Miller at MSG?

There seems to be a lot of back and forth confusion regarding world heavyweight champion Anthony Joshua’s next move.

First, it was nailed on that Joshua would fight Dillian Whyte at Wembley Stadium. Then, as WBN originally reported, Joshua had a change of heart after a visit to New York for Canelo v Rocky Fielding.

‘AJ’ was leaning towards a Madison Square Garden battle with Jarrell Miller. A contest which would represent a high-profile debut on American soil.

Fast forward a week to Whyte’s own victory against Derek Chisora, attended by Joshua. And the Olympic gold medal winner was quoted as stating his opponent would be ‘The Bodysnatcher’ if it wasn’t Deontay Wilder or Tyson Fury.

Promoter Eddie Hearn then ratified that statement by saying Joshua v Whyte was 80% certain to happen next on December 29.

Since then, Whyte has consistently sounded like a man who doesn’t see a Joshua return happening.

Whyte even went as far as revealing his own thoughts on the matter. The Britain stated he heard a rumor it’s going to be Joshua v Miller in the spring just last week.

All in all, the confusion has never been more evident on who will oppose Joshua (???? DAZN) in his 23rd pro bout. 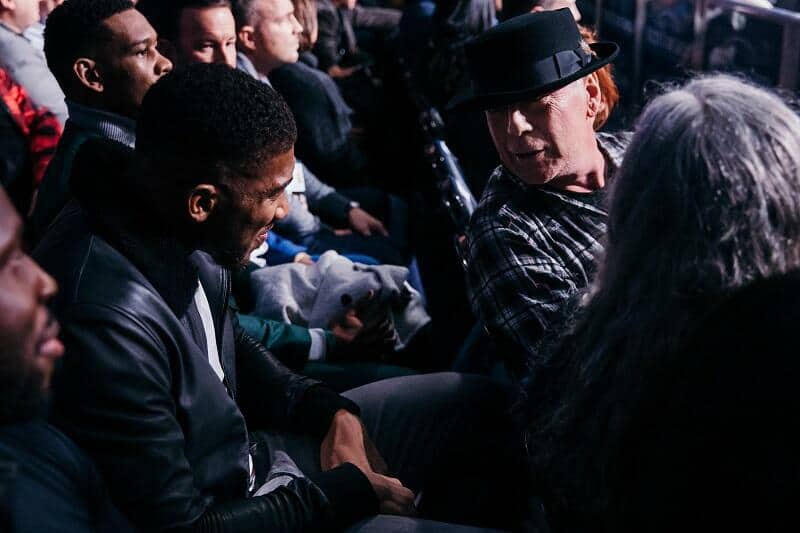 As far as we know, Wembley Stadium has been booked for six months. Ever since Matchroom announced a two-fight deal late last summer.

Those plans may have been altered to accommodate Amir Khan v Kell Brook until that Pay-Per-View fell apart over the last few weeks.

It was thought Khan v Brook could fill the void if Joshua decided to plow on with his US adventure. Whilst Hearn would not be keen on cancelling the April 13th date entirely unless totally necessary.

So where are we at right now?

Well, the English National Stadium remains available for April 13 should Joshua decide to face Whyte again. Equally, Madison Square Garden is still free to be taken the day after Billy Joel plays a concert at the venue on April 12.

With time ticking away, Miller at MSG would probably have to be held at a later date – and not April 20.

Khan is set to face Terence Crawford on that date at the world famous NY venue, meaning Joshua has to look elsewhere.

April 27 is taken, whilst a week later would mean a clash with Canelo’s forthcoming Las Vegas date.

Joshua would be eyeing May 11 or May 18 if his next fight is at The Garden. Which means Whyte still remains the favorite for an earlier outing.

An official announcement is expected by the end of January.