WBN has been informed by the International Boxing Federation Josh Warrington has to make a mandatory defense of his title next.

Despite calls for a rematch with Carl Frampton following an epic Fight of the Year contender in 2018, Warrington was officially ordered to begin talks with number one rated Kid Galahad on Monday.

Purse bids for the encounter will be set if needed, with a Frank Warren v Eddie Hearn bidding war in the works if they don’t reach an amicable agreement.

“They were ordered to negotiate.  They have 30 days to do so.  If they can’t reach an agreement, then Warrington v Galahad will go to bid.”

Galahad recently secured his place at the top of the current featherweight rankings list and is due for his shot.

The Sheffield man has already been vocal in his desire to push Warrington into a third straight all-UK encounter.

Warrington has won back-to-back British clashes with Lee Selby and Carl Frampton, leading to a nomination for WBN Fighter of the Year in 2018. 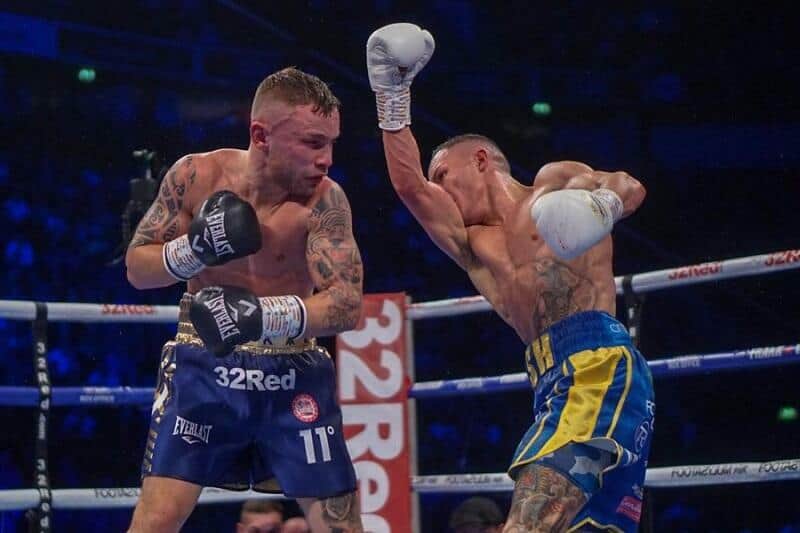 The Leeds man now has a big decision to make regarding his future as Galahad awaits a conclusion.

Warrington only has two outcomes. Face Galahad or vacate the title for a Frampton return.

Either way, Galahad will get his chance in 2019 as the IBF are known to be strict with following their rules.

Add to that the fact Warrington was given an exception to trade blows with Frampton. So it looks as if fans are set for another big British occasion.

Should Warrington push through with a second Frampton offering, Galahad would likely face Japan’s Satoshi Shimizu for the vacated strap.

Shimizu is an amateur star who earned bronze at the London 2012 Olympics. The 32-year-old attempted to win gold at Rio 2016 but entered the pro ranks after failing to do so.

Since then, a run of eight straight victories in the paid ranks has produced a 100% knockout record.