Loughton super-featherweight Daniel Khan is planning to prove Amir Khan was right about him.

Khan goes into his fight at the York Hall on Saturday, February 2 as a 9-0 prospect after a busy 2018 under manager/promoter Mickey Helliet and trainer Barry Smith.

He won all six fights and steps up to six rounds for his first fight of 2019, on the undercard of Philip Bowes fighting for the vacant Commonwealth super-lightweight title.

Khan thanked Helliet for pushing his career on and revealed that at the start of his pro career, he was set to be managed by Amir Khan.

The 22 year old said: “Amir was looking to take on fighters at the time – and I was one of them.

“He watched me in the gym a few times and he wanted me in his stable.

“But he was so busy at the time that it never came off. It was leading up to the fight with ‘Canelo’ Alvarez and there was so much going on that it didn’t happen.

“I still speak to his uncle, Taz, and he tells me I will get to where I want to be eventually.

“I know Mickey can get me the fights I need to get where I want to be. 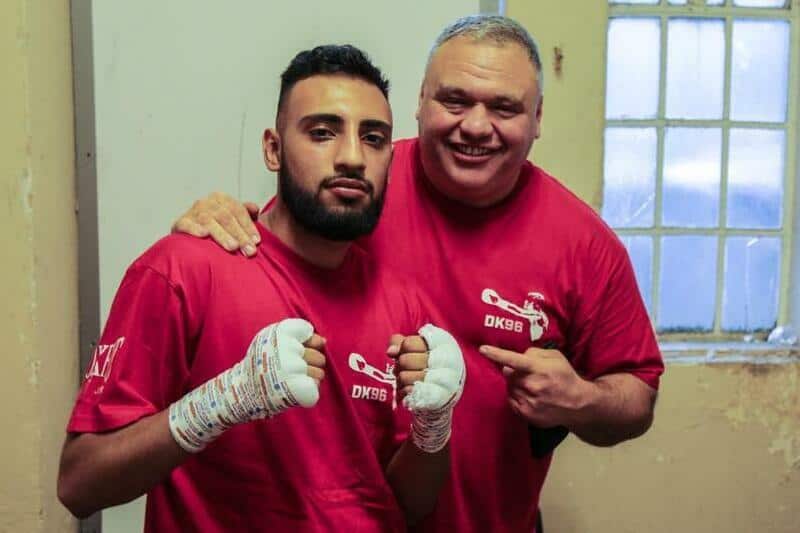 “I’m not a TV fighter yet, but if I’m good enough I know Mickey can get me there.

“He did it for Darryll Williams and Asinia Byfield and that shows it can be done.”

Helliet does regard Khan as one of the stars of his stable – and 2019 could be a big year for him.

“By the end of the year, I’m looking to be in contention for the Southern Area title,” he said.

“Craig Poxton has got the title and I know he’s a strong, seasoned fighter.

“I do feel that technically, I’m better than the fighters at my level. I have fast hands and a good boxing brain. I’ve got a good jab, judge the distance well.

“But I’m in no rush to fight these people. If Mickey doesn’t think I’m ready by the end of this year, we will wait and take the fights next year.”