The kickboxer who was blasted out by Floyd Mayweather in an exhibition has admitted he didn’t deserve the opportunity he was given.

Tenshin Nasukawa, an undefeated 20 year-old star in his home country of Japan, was dropped three times in the first round on December 31.

His corner eventually threw in the towel as Mayweather celebrated victory. After the fight, Mayweather admitted he didn’t even train for his Toyko cameo.

The former pound for pound king earned an eye-watering $3.25m per minute for his trouble.

Reflecting on the loss, Nasukawa stated he would continue to seek out big challenges.

“I have worked hard with a big dream in the combat world. Karate, Kickboxing, MMA and Boxing,” said Tenshin.

“When I first got the offer I took it in a flash. I thought this was an opportunity of a lifetime, and although there were significant differences in accomplishments and weight classes, I felt that I must not run and take on the challenge.

“The days since the fight was confirmed have been enjoyable but with concerns, and I spent the time thinking about many things.

“At the end of the day, I got finished, but I have no regrets. I am disappointed at myself since I thought I could have done better. But I will face the facts and will continue to take on any challenge.” 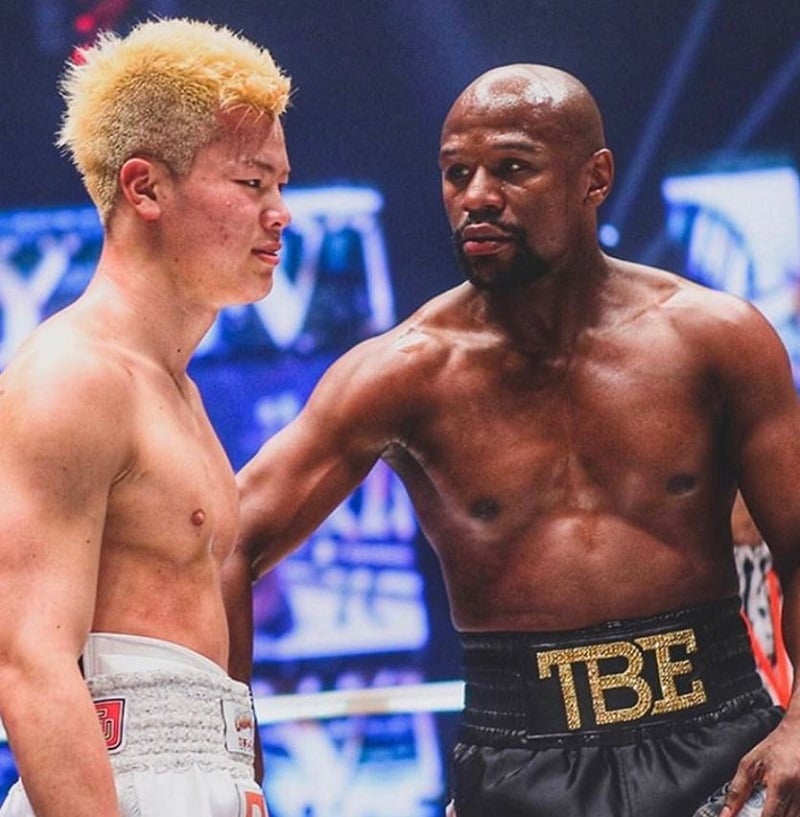 He continued: “I learned that I didn’t work hard enough to earn this opportunity. I will use this defeat to improve myself and move forward this year.

“Despite all the things that happened leading up to the fight, I came to realize how truly great Mayweather was. I was the one underestimating him.

“I promise to make it to that level! It may take some time for me to become the man to haul the industry on my shoulders, but please continue to support me!

It’s back to his old routine for Tenshin next but many believe the loss could be good for him, in the long run.

Canelo Alvarez was just 23 when he fought and lost to Mayweather. The Mexican has since become the biggest star in the sport.