Sporting a record of 35-1-1, with 26 knockouts, the Puerto Rican-born Serrano will challenge Austria’s Eva Voraberger (24-5, 11 KOs) in a 10-round clash for the vacant WBO Super Flyweight Women’s World Title. With a victory, Serrano will tie boxing legend Manny Pacquiao as the only boxers to win world titles in seven weight classes.

This will be the first time in her 10 years as a professional that Serrano has competed in the super flyweight (115lb.) division. Most recently in boxing, Serrano won her sixth world title in the junior welterweight division (140lb.) defeating Yamila Reynoso on September 8, 2018, at home in Brooklyn, NY.

The 30-year-old followed that up with a mixed martial arts victory on October 13, 2018, competing for Combate Americas.

“On Friday, January 18, boxing fans will get the opportunity to see Amanda Serrano, one of the best pound-for-pound fighters in the world, continue to cement her legacy when she competes for a world title in her seventh weight class,” said Lou DiBella, President of DiBella Entertainment.

“Eva Voraberger is an excellent fighter, one of the world’s best at 115/118-pounds. Her record reflects her excellence. In a span of four-and-a-half months, Amanda will attempt to win a world title six weight classes below the 140-pound title that she won last September.

This has never been done by a fighter, regardless of gender. I truly believe that 2019 will be an historic year for women in boxing; Amanda Serrano will get it off to an historic start.”

Speaking after a day of workouts, Serrano stated, “I’m having a great training camp for my fight on January 18. I’ll be attempting to break my own record and win a world title in a seventh division. Any time you attempt to make history, it gives you an extra drive to push yourself to succeed.

I am the only female and Puerto Rican, male or female, to win titles in six weight classes, and I did it in crazy fashion. I first won world titles at junior lightweight and lightweight, dropped down to the featherweight and bantamweight classes, then moved back up to junior welterweight, and now I’m headed to super flyweight.” 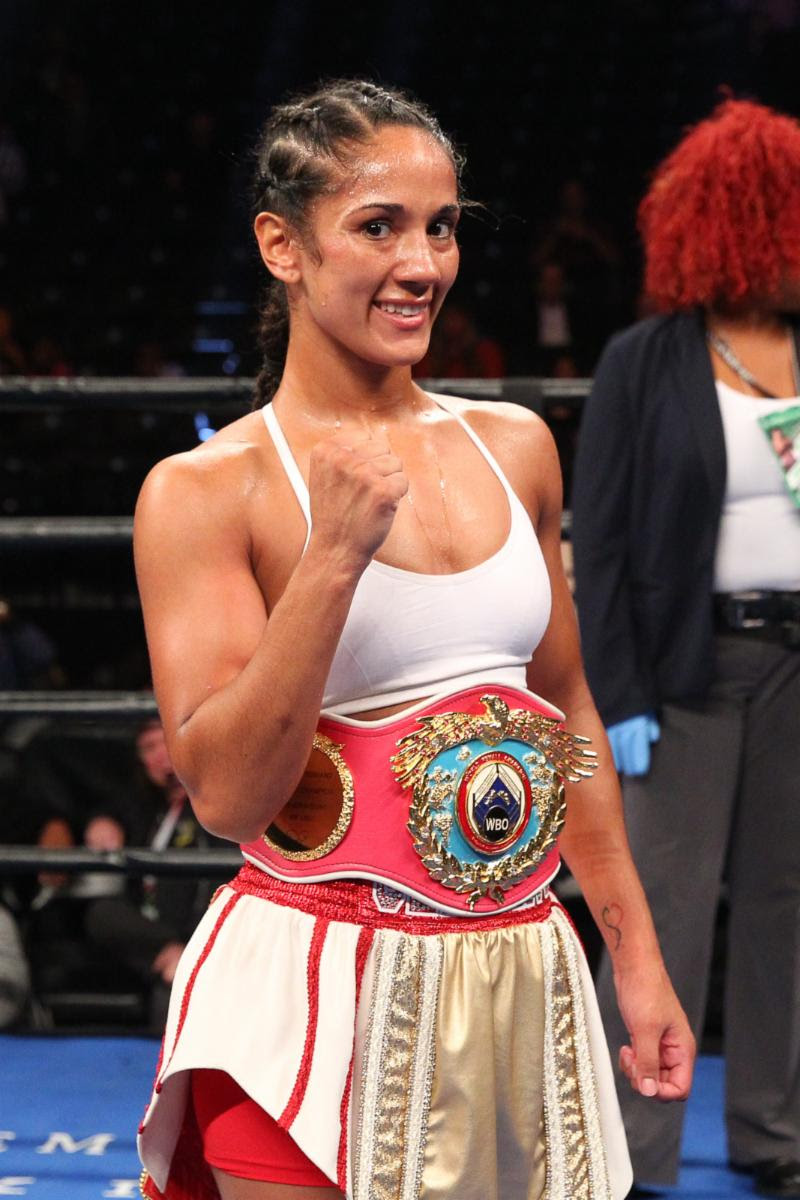 “I am fighting a tough and very skilled world champion in Austria’s Eva Voraberger. She currently holds the interim WBC bantamweight title and only has three pounds to drop whereas I’m coming off of winning the WBO 140-pound world title just four months ago. I’ve heard the critics say that I’m crazy for dropping this much weight so quickly, but I’ll prove them wrong. I am known as the ‘Real Deal’ for a reason.”

About fighting on DAZN, Serrano continued, “This is the beginning of my contract with DAZN that will culminate with a fight against Katie Taylor. This isn’t about taking easy fights before a big payday. This is about legacy and I will continue to cement my place in boxing history by taking risks. Dropping down to 115 pounds is going to be my first challenge and then I will move back up to fight for another world title before meeting Taylor.”

“I won the Golden Gloves at Madison Square Garden in 2008 and I am thrilled to be back there vying for a world title as a professional. Don’t miss this fight. I am coming to take the title by knockout.”