Chris Van Heerden said farewell to his father on Friday, many years before the welterweight boxer should have.

Dad Daniel’s life was taken at the age of 61 by Red Ant Security Guard Sabelo Dlamini on December 27th.

In an altercation over the unlawful offloading of meat, Mr. Van Heerden had threatened to hand Dlamini over to the authorities.

For his heroic efforts, Daniel was shot in the back as he walked away to report Dlamini’s activities.

A week later, and Dlamini was bailed by a South African court for the measly sum of $350.

It’s not expected that the killer will be handed a long sentence for his crime.

The murder of white men in South Africa is politically motivated, according to Chris, who has vowed to fight for peace in and outside of the ring.

“R.I.P Dad. Today, I said my final goodbye while the man that took his life is walking free on a $350 Bail,” explained the Top Rank star. 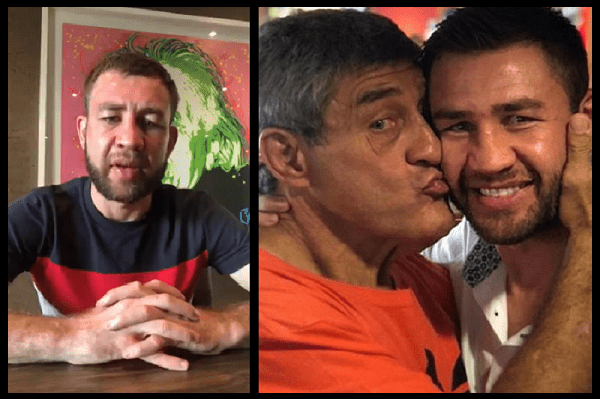 “We need help in South Africa. I am now a statistic to losing a family member because killings are being politically motivated.

“I will use my voice and fight for peace,” he added.

R.I.P Dad
Today i Said my Final Goodbye
While the man that took his live is walking free on a $350 Bail ????
We need help in South Africa ????????
I am now a statistic to losing a family member because
KILLING are being Politically Motivated
I will use my voice and fight for peace pic.twitter.com/QfAgYfgij9

A petition which garnered almost 5,000 names failed to halt a magistrate’s actions to release Dlamini, who was described as a ‘family man’ with no criminal past.

Dlamini will return to court to face punishment for his actions. Although there seems no hope of a lengthy spell in prison.

Even with video evidence of Dlamini plugging Mr. Van Heerden in cold blood, the justice system in South Africa is fatally flawed.

Chris will head back to Los Angeles to continue his boxing career after recently signing a deal with Hall of Fame promoter Bob Arum.

Upon his return, ‘The Heat’ will attempt to bring the situation to the public eye stateside, with the help of concerned manager Peter Kahn.

World Boxing News will follow the story to the end as Chris seeks some sort of closure to what has been a nightmare week for him and his family.