The man who shot dead Chris Van Heerden’s father Daniel last week appeared in court on Wednesday as he attempted to secure bail.

Sabelo Dlamini, a Red Ant Security Guard, was granted his request for a meager 5000 Rand (or around $347).

Dlamini plugged 61 year-old father of thirteen Daniel in the back with one fatal bullet last week after an altercation.

In an incident caught on camera, Van Heerden was seen attempting to report Dlamini for unlawfully offloading meat.

Daniel took Dlamini’s car key and threatened to have him ‘locked up’. The perpetrator then fired a solitary round which ultimately cost dad of boxer Chris his life.

The Top Rank star and his older brother Danie, also a fighter in the MMA code, have campaigned for a lengthy prison sentence.

The fact Dlamini used no other means of defusing the tense situation with Daniel is damning in the video clip, which has now gone viral.

Jana Marx of Netwerk 24 South Africa was in court when Dlamini faced the judge (????Netwerk 24 at the court)

“Regional Court in Vereeniging: Sabelo Dlamini, the security guard accused of murdering Danie van Heerden from Meyerton is expected to apply for bail,” she wrote. 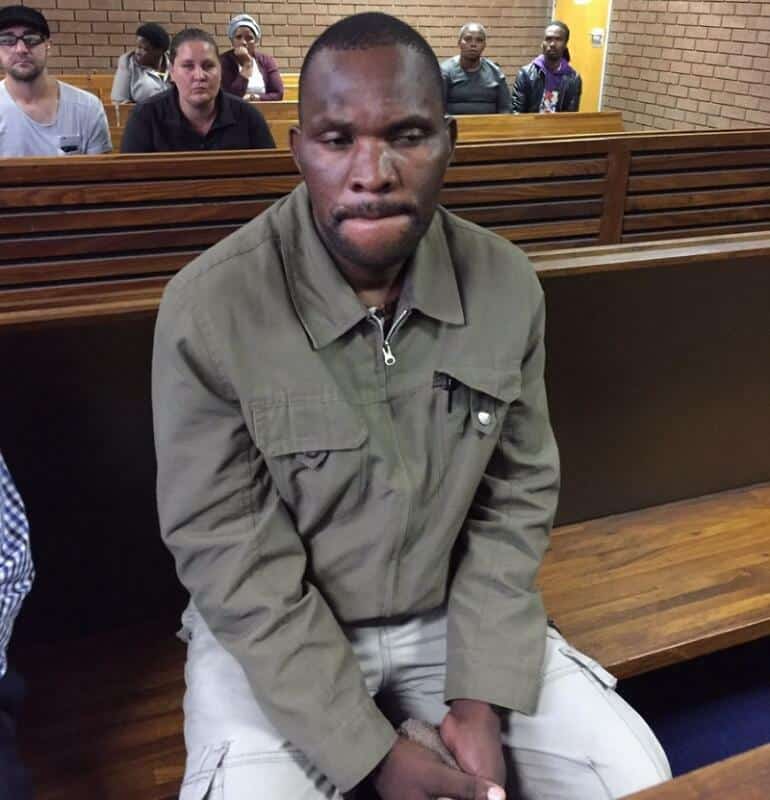 “Magistrate Willemse says Dlamini has a ‘stable profile’. Also that he is a family man, owns some property and has a good work record.

“The accused is not a hardened criminal,” added the judge.

The public outcry against the murder has been immense. Many have signed a petition set-up by Danie online.

Almost 5,000 pleaded for the judge not to grant bail from an initial goal of 1,000. The Van Heerden’s are hopeful Dlamini will eventually get the justice they seek.