Despite not being in the best shape, Floyd Mayweather had far too much power for Tenshin Nasukawa in Tokyo.

Looking a little fleshy, and opening a debate as to whether he even trained fully for the fight, Mayweather was dominant.

Taking a left hand from Tenshin in the opening exchanges, it was clear Mayweather wanted to end the bout early.

Set to earn $1 million per minute if the fight went the distance. Mayweather didn’t fancy any overtime and put Nasukawa down in the first minute.

Referee Kenny Bayless allowed the contest to continue as Tenshin struggled to get his bearings. Within a few more seconds he was down again. 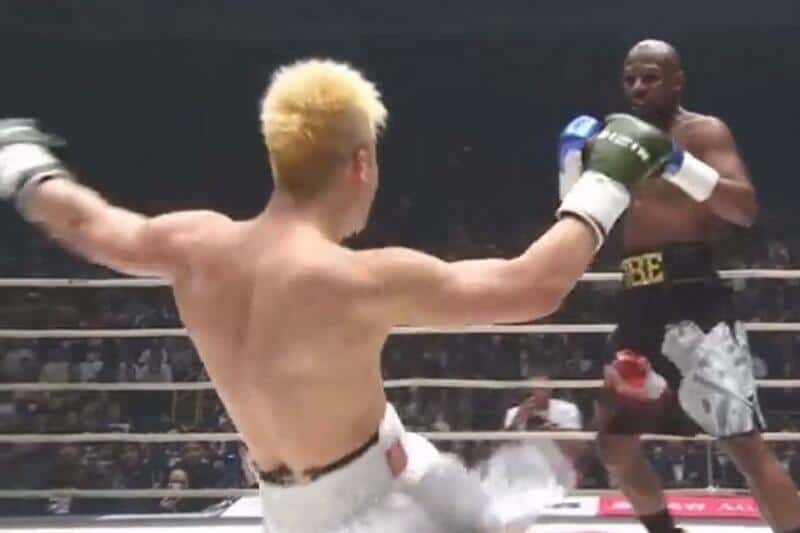 Not wanting to cover up and recover was a big mistake by Tenshin. The 20 year-old attempted to fight fire-with-fire.

Mayweather, 21 years his senior, caught him again and Nasukawa flew back towards the ropes.

Bayless was considering giving Tenshin one more chance. But the kickboxer’s corner decided to throw in the towel.

The victory saw Mayweather pocket a cool $9 million dollars for less than a round of action. 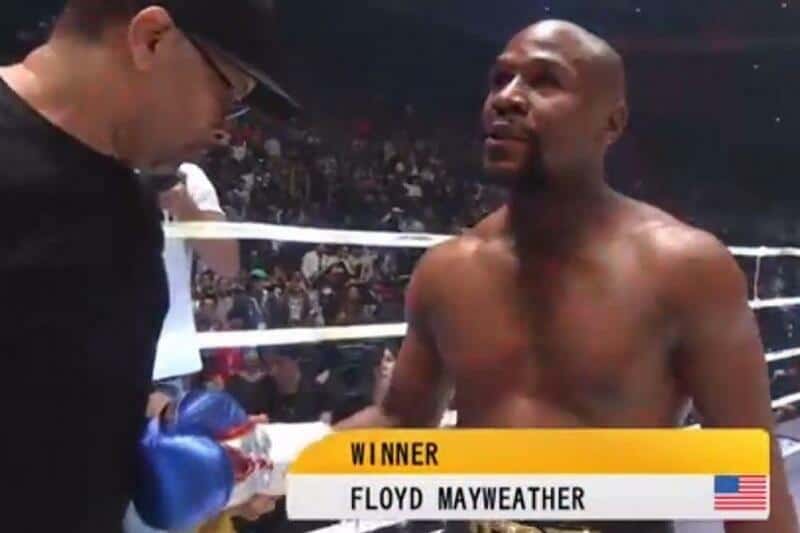 Consoling the Japanese fighter, who was in tears at his performance, Mayweather handed over his winner’s trophy to his opponent.

With a 50-0 record preserved if not enhanced, Mayweather once again proved his business savvy in taking an offer for a dangerless encounter.

Tenshin simply didn’t have the bulk to compete with the much bigger former pound for pound king and the writing was on the wall from the get-go.

Prior to the contest, Mayweather left fans waiting for two hours after a flood at his hotel.

Promoters were forced to have an extended intermission as Mayweather turned up late as bosses worried about a no-show.

In the end, everything went to plan and Mayweather walked away with a hefty check for minimal action between the ropes.

Talk of a rematch with Manny Pacquiao in May still surrounds Mayweather, who will have to train much harder for his old foe later in the year.

Pacquiao must first come through Adrien Broner next month in Las Vegas before potentially setting up Super-Fight II.