Police video has emerged of the incident which saw the father of thirteen, Daniel Christoffel Van Heerden murdered in cold blood.

The 61 year-old was taken down with his back turned by a security officer who said he felt threatened.

Van Heerden Sr, who also has an MMA fighter son named Danie Jr, slipped away in the arms of his 17 year-old son DonJaun.

In the clip, shown through evidence by Meyerton Police, Van Heerden was never in a life-threatening situation.

After a back and forth exchange, the security guard in question shot Van Heerden once in the back as he walked away.

No allegation has been proven against Mr. Van Heerden and the subsequent video is damning to the authorities.

Chris posted his shock, alongside brother Danie, whilst there’s since been an outpouring of support for the Van Heerden’s on social media.

“R.I.P Daddy – 1957-2018. The world needs to know what is happening in South Africa. The White populations are being murdered one by one. Yesterday my dad was a victim of this!

“I lost my hero. Thank you for all the love and support,” wrote a heartbroken Chris, who flies to South Africa over the weekend from his Los Angeles base. 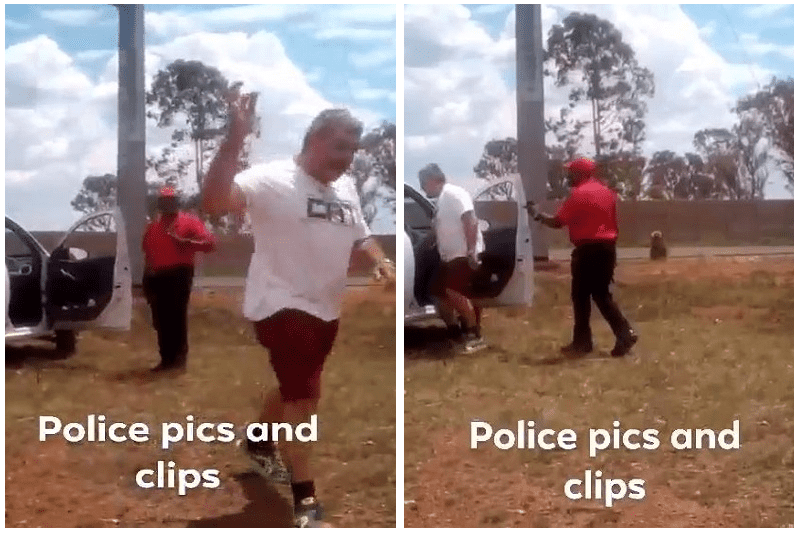 Manager Peter Kahn was with Chris as he was informed about the tragedy.

“I spoke with Chris moments before he had learned the news and immediately after,” explained Kahn.

“He is heartbroken over the loss of his father, who was his best friend and role model. Chris is flying to South Africa on Saturday to lay his father to rest.

“He appreciates the outpouring of support and condolences that he has received from friends and fans around the world.”

Posting on Instagram, Danie said: “There are many kinds of dads out there. There are the gentle ones, the loving ones, the overprotective ones, and then there are the tough ones.

“You know who they are. Let’s thank them, no one ever seems to want to do that.”