Adrien Broner arrest to have no bearing on Manny Pacquiao fight

Four-division world champion and must-see attraction Adrien Broner is fully on track to face Manny Pacquiao despite a recent brush with the law.

‘The Problem’ was hauled in by Police over the holiday period for failing to appear in court. However, the outspoken American isn’t in jeopardy of being pulled from the fight on January 19.

Meanwhile, Broner spoke to the media before his arrest as he prepares to face Senator Pacquiao. The Filipino is boxing’s only eight-division world champion. Broner will be aiming for his World Boxing Association Welterweight World Title on SHOWTIME PPV® Saturday, January 19, from MGM Grand Garden Arena in Las Vegas.

Former world champion Rau’shee Warren will take on France’s Nordine Oubaali for the vacant WBC Bantamweight World Championship in a rematch of their 2012 Olympic matchup, edged by the latter.

In the four-fight PPV telecast opening bout, unbeaten Jhack Tepora will take on former world champion Hugo Ruiz in a 12-round featherweight clash.

Cincinnati’s Broner, one of boxing’s most popular and colorful personalities, is training under the tutelage of Kevin Cunningham in nearby West Palm Beach, Fla. 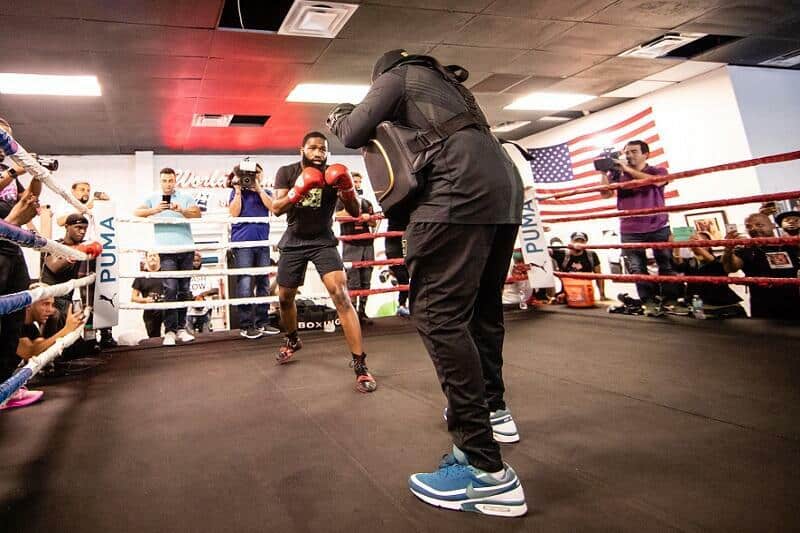 On how it feels to train in a gym that hosted greats like Muhammad Ali:

“It’s lovely. I never knew this gym existed. This is my first time being here or ever hearing about this gym being legendary. Muhammad Ali paved the way for guys like me. Sugar Ray Leonard and everyone else, so it’s legendary.

“I always tell other fighters and other people it takes more to be a star than just boxing. I have everything it takes to be a mega-star.”

“I didn’t see it, but I heard he looked good. So I don’t know what to expect. I’m just training for the best Pacquiao. And I’m going to go out there and do what I have to do to get the victory.”

How do you feel about training in South Florida?