Joshua Buatsi improved his record to 9-0 after demolishing Renold Quinlan in one round.

A short left hook during a hold forced Quinlan to take a knee which Terry O’Connor did not rule as a knockdown.

Buatsi continued to apply pressure and launched another left hook which floored Quinlan. When he rose Terry O’Connor in his last contest called an end at 1:50.

Charlie Edwards boxed out of his skin to rightly deserve to claim his first world title.

Edwards found an advantage early on, although Rosales kept a good high guard.

Possessing the speed to land barrages of punches at times, Edwards had to be weary of the power of Rosales.

The champion’s solidity kept the fight intriguing throughout.

Edwards landed a beautiful left hook, right uppercut combination in the fourth which provoked Rosales to up the ante.

Rosales came firing back in the 7th and drew blood on the top of the head of Edwards.

The champion Ryan Walsh appeared fresher from the start, seeing openings and outboxing Reece Bellotti in the early exchanges.

Bellotti struggled to get a jab established and patiently waited for an opportunity. He improved in the middle rounds by landing right crosses and left hooks flush on Walsh’s chin.

Increasing his work rate, he managed to back up Walsh on the ropes.

Bellotti’s work rate was almost his detriment in the 8th and 9th when Walsh found an answer in his right hook which wobbled the challenger.

Walsh had another excellent round in the 9th where his continuous left and right hooks pummelled Bellotti into the corners of the ring. Walsh himself  was imploring the ref to stop the fight.

Back and forth action concluded the fight as Bellotti came back into the fight strongly. Both men had success with their hooks in their final three minutes. 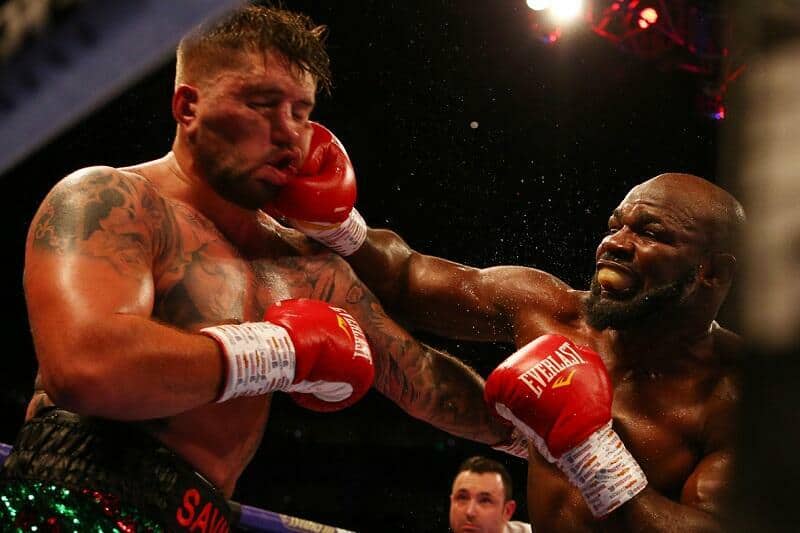 Carlos Takam began by using a sweeping left hook to close the distance on Senad Gashi.

Using the hook to his advantage, Takam slowly started to pound away at Gashi.

Gashi started to be more active but the more eye-catching shots came from Takam.

A couple of Takam’s short right hooks had the crowd asking for more. Soon after the two men traded their best punches.

Takam continued to apply pressure with a straight right hand in the sixth which sent Gashi wobbling to the corner. Takam repeated and Gashi fought back with short right hooks to keep Takam at bay, but only just.

Takam scored the first knockdown in the seventh by a short right hand.

Shortly after Gashi got to his feet, Takam caught him again with an uppercut, short left hook combo which sent him to the canvas for the 2nd time.

Briefly after, Takam’s left hook made another return to knockout Gashi significantly ending the fight at 1:40 in round seven. 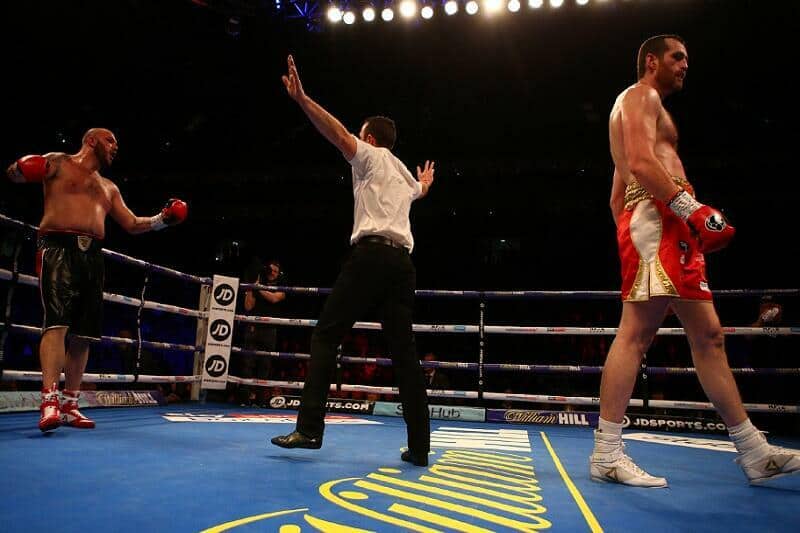 Both big men landed their signature right hands gaining a round each in the early goings of a close fight.

Soon becoming a slugfest, the contest then favoured the bigger-punching David Price.

In the fourth, Price put Little on unsteady legs, and as he continued to throw unanswered punches, the referee called an end to the contest with the crowd largely displeased.

Price is back in the win column if the stoppage was harsh on Tom Little.

Linus Udofia and Pavol Garaj had a quiet crowd to attempt to impress at The O2. Udofia, working behind his jab, threw classy uppercuts followed by hooks to the head and body. These tactics saw him pressure Garaj and gain an advantage.

Garaj secured the centre of the ring for most of the fight to stand firm. At times, he fired back as the opportunity arose.

Udofia wore his man down over the rounds and looked ready to stop him going into the final session of six.

Closing the fight in style, each man gave it their best. The couldn’t stop leaving it in the hands of the referee’s scorecard. 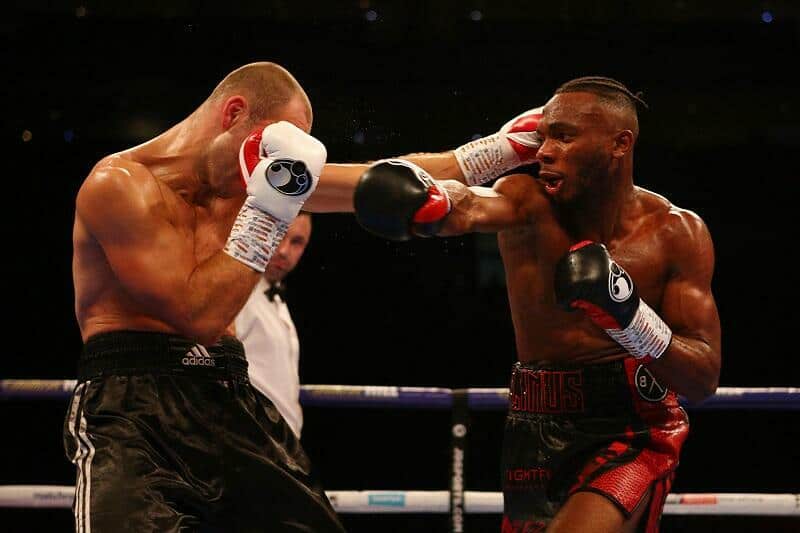 Fabio Wardley won via KO against Phil Williams in the card opener.

Throwing bundles of power punches at the stationary Phil Williams in the 1st, Wardley slowed his pace in the 2nd but drawing blood from the nose.

Ending the fight in the third, Wardley knocked William’s through the ropes. 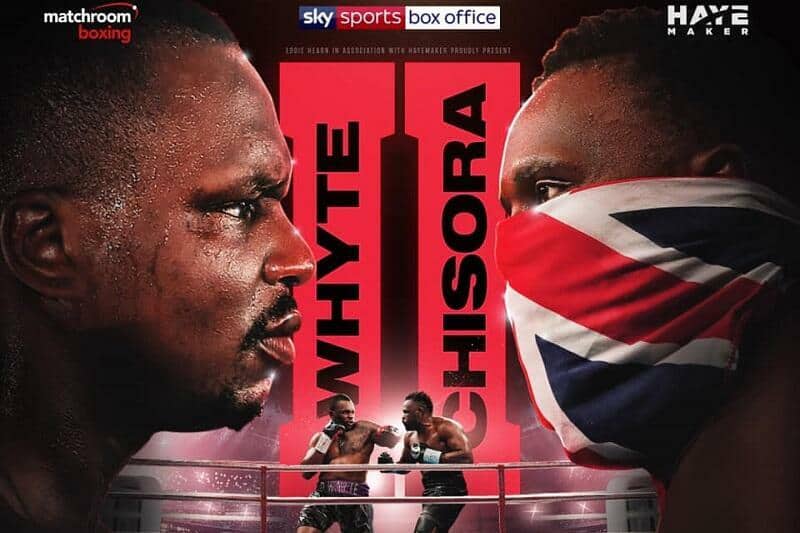