The St. Helens man, who vowed to retire if he lost, went down via majority decision to the elusive Frenchman.

Murray took time to get going and was handed a debatable knockdown in the fourth. The count ensured the four-time world title challenger didn’t concede the first four rounds.

N’Dam (Pictured by Chris Roberts) was slick and accurate, putting the rounds in the bank as Murray struggled to get his shots off.

Conlan was largely in control on got stronger every round, although the last produced the fireworks.

Despite being rocked himself, Conlan landed several huge shots to almost take Cunningham out with seconds left. 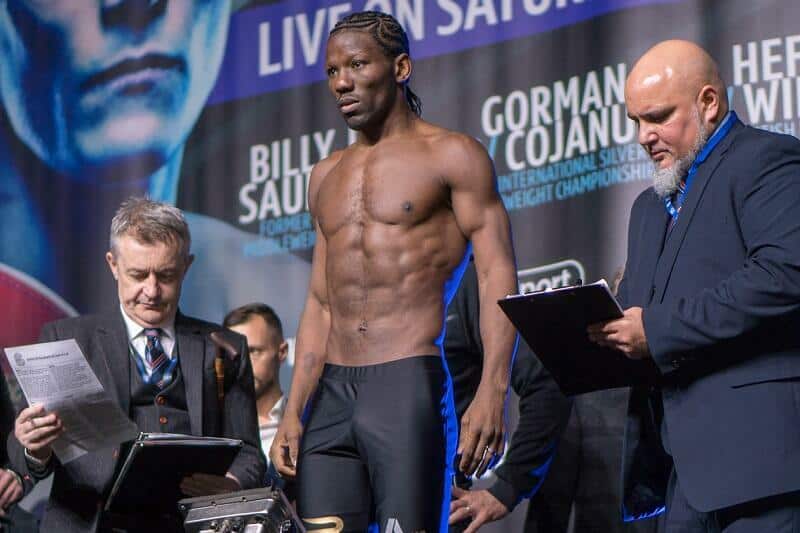 Tommy Fury made a successful pro debut with a dominant performance over Jevgenijs Andreevs.

Fury took every round of four on the cards. The younger brother of Tyson just wasn’t able to put trainer Ricky Hatton’s orders to stop the stubborn Latvian into practice.

None-the-less, the 19 did well for his first outing and will want to stay busy in order to keep improving after just 12 amateur fights.

In his first appearance of the year, former world champion Billy Joe Saunders managed to stop Charles Adamu in four.

A late addition to the bill, Saunders saw Adamu drafted in even later at the eleventh hour. The Hatfield had no trouble stopping Adamu on his stool after out-classing the veteran.

The Ricky Hatton-trained heavyweight was frustrated by replacement opponent Razvan Cojanu but ultimately won every round of the twelve.

Light-heavyweight Lydon Arthur remains undefeated after halting the challenge of Emmanuel Feuzeu in the fourth round. Whilst Troy Williamson out-pointed former world champion Rafal Jackiewicz 40-37 over the four round distance.

Harvey Horn opened the show, improving to 4-0 with a tight points win over Adam Hitchinson. Horn did just enough to take the verdict 58-57 on the referee’s scorecard.