Actions speak louder than words. Ryan Walsh says this will be his mantra going into Saturday night’s showdown with Reece Bellotti at London’s O2 Arena.

The Norfolk man aims to defend his title yet again against Bellotti, who Eddie Hearn described in the press conference as his ‘favourite little fighter”.

Walsh has been British Featherweight Champion since 2015. And now, after multiple defences and a contentious failed European title tilt, he plans to defend yet again on the undercard of Dillian Whyte and Dereck Chisora’s sizzling heavyweight re-match.

“This is a cracking shop window” Walsh, who claims to be the un-crowned European champion, told World Boxing News.

Despite suffering through an organisational nightmare Walsh is confident he has made his prolonged camp work and claims to still be hitting new personal bests in the gym at the age of 32.

“We all get iPhone upgrades don’t we?” says Walsh, “Because if you stay behind the times you get swept away. We all like it when our phones get a bit faster. I like to think, each training camp, you should treat yourself like a phone upgrade.”

The Norfolk fighter is not ready to be swept away by the times though and believes, despite his age, he’s bang up to date. “Not many people know this but twins, in general, are late developers,” he says. “We didn’t turn professional until we were 22. I’ve had an under 30 fight amateur career and an under 30 fight pro career. There just aren’t miles on the clock and I don’t have a style that was ever going to put miles on the clock.”

“Excellence is not an act, it’s a habit. I’ve prepared the best I can prepare and I’ve beat all my targets on certain things.” 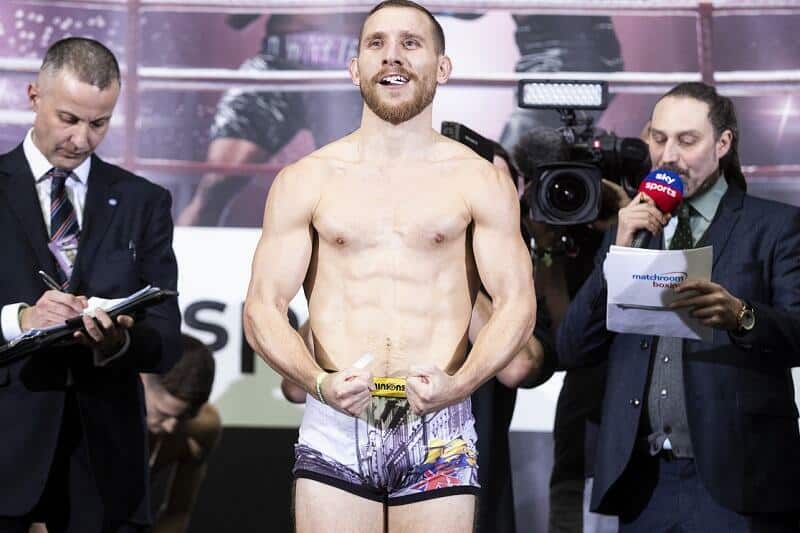 This will be Ryan Walsh’s seventh British title fight and he has a huge respect for the Lonsdale belt. “A British title fight gives you extra,” he says. “The British title is the best looking belt on the planet. It’s also the most prestigious. It’s been running how long? All the other belts are fractured, you have to go back right, right back to get one solid unified title.”

“I was once advised to vacate the British title, thank god I didn’t! It’s the only bit of bread and butter I’ve got and the only commercial advantage I’ve got.”

While miles ahead of his opponent in terms of experience, Ryan has shown respect to his opponent in the build-up and rates him as a fighter. On Eddie Hearn’s strange choice of press conference introduction, Walsh said: “What light does that shine on me when I beat his ‘little favourite?’”

The British Champion suggested that, come Saturday night, Eddie Hearn might not like the result of the fight, if Bellotti is indeed a favourite.

Buzzing with confidence, Walsh asked a question of Hearn: “If he’s your favourite, shouldn’t you have got him a different fight?”