One of boxing’s brightest young stars will finally have a chance to shine again.

Despite battling promotional difficulties and injuries over the past two years, Hernandez (30-0-1, 16 KOs) is still considered a future star and threat in the welterweight division. His last victory came in 2016 when he defeated Thomas “Cornflake” Lamanna on CBS Sports Network. Now with a stable home in the Lee Baxter Promotions family, he can resume his promising career.

“I’m excited to get back in the ring and to prove that I belong with the best welterweights in the world,” said Hernandez. “Lee Baxter Promotions has a lot of momentum behind it right now, and I felt Lee was the best guy to help me get to the top of this sport.”

“It’s not often that fighters of this caliber become available,” said Baxter. “There’s no doubt that every promoter in the world has taken a look at Dusty and has offered him something, but we feel that we can provide him with the best opportunity to succeed. Dusty is a star, and he deserves to be treated like one.”

The 24-year old has received the co-sign from some of the most infamous and influential names in boxing and entertainment. As an amateur, he was touted as the “next Sugar Ray Leonard,” the highest possible praise, particularly for a fighter from Leonard’s native D.C. area. He also drew the praise of Mike Tyson, and has had celebrities such as Rihanna, Jay-Z and more attend his bouts.

Prior to his layoff, Hernandez was ranked in the Top 15 by the IBF at welterweight and was in the hunt for a world title shot. Beginning in February, he’ll resume that chase.

Hernandez is scheduled to face rugged Austin Marcum on February 16 at the Mountaineer Casino Ballroom, in New Cumberland, West Virginia.

“This is an opportunity for Dusty to shake off a little rust. He was scheduled to fight in December prior to an injury, so he’s still in good shape. Now it’s about getting him in ring shape,” said Baxter. “Marcum is a natural middleweight, so this will be a good physical test for Dusty as he sharpens up again.” 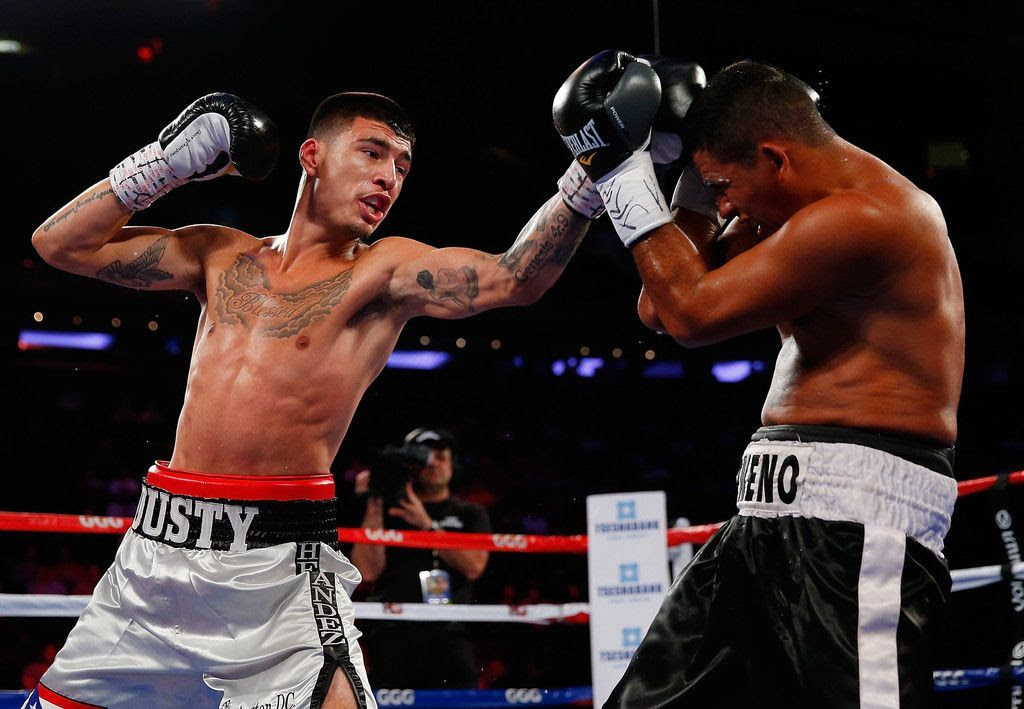 Hernandez remains one of the most popular fighters, and athletes, in the DC area, but he’ll also now have an opportunity to break into a new market in Canada, where Lee Baxter Promotions is based. In the past two years, the number of boxing events in Canada has gone up considerably, and Toronto has become a destination for major fights.

“D.C. is always going to be home for Dusty, but we think the Canadian fans are going to fall in love with him as well,” said Baxter. “It’s our goal to bring a world title fight involving Dusty Hernandez Harrison to Toronto as soon as possible.”