Tickets for the live event, which is promoted by TGB Promotions and Zanfer Promotions, start at $50, are on sale now and can be purchased at AXS.com.

Plant (17-0, 10 KOs) is originally from Nashville, Tennessee but now lives and trains in Las Vegas. Here is what he said about his first world title opportunity and more from training camp with trainer Justin Gamber at City Boxing Las Vegas.

On his recent training camp:

“This training camp has been great. We took everything to the next level as I do every camp. We stepped up everything for this camp, the sparring partners, the strength and conditioning, all of the training is on another level. I’ll be at my best come fight night and I can’t wait.”

On his matchup with Jose Uzcategui:

“Everyone says Jose Uzcategui is the bogeyman, but after January 13th, I don’t want no excuses. He is a top fighter in the division, but I will take that spot after I take his title from him. All I can tell him is be ready.”

On fighting for his first world title:

“This has been a lifelong dream of mine to be fighting for a world title and now that time has finally come. I’ll be fighting for my daughter Alia, may she rest in peace. The trials and tribulations I’ve gone through to get to this point have been overwhelming at times, but they’ve only made me stronger. I’ve worked hard for this defining moment in my boxing career and I’m going to rise to the occasion, and everyone will hear the words…And The New!” 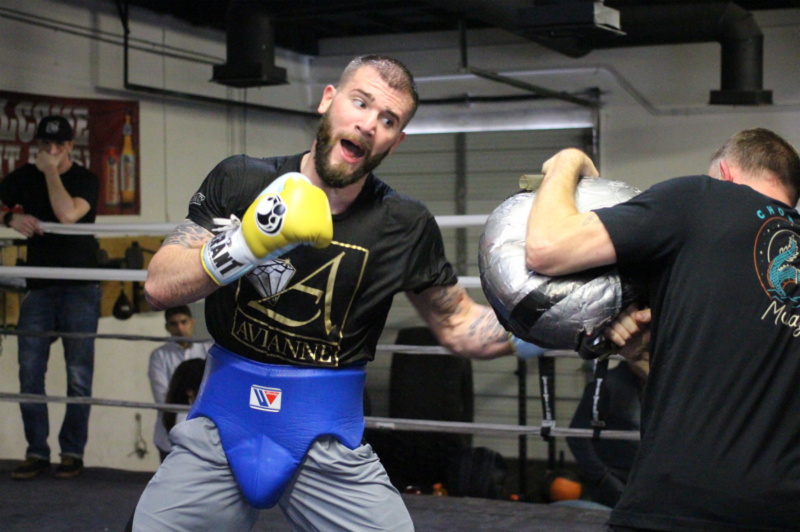 On fighting on FS1 and FOX Deportes during the NFL Playoffs on FOX:

“It’s going to be a big weekend for sports with the NFC playoffs going down on FOX, but the night is going to be capped off with a great world championship fight. You have two warriors who will be putting everything on the line for super middleweight supremacy. Fans of all sports who will be watching are going to see a man in myself who is hungry and dangerous. I will be crowned champion!”