Tom Little: I’ve got a bigger heart than David Price, it won’t go the distance

Tom Little says he is mentally tougher than David Price and is planning on taking the Liverpudlian giant to ‘deep and dark places’ to get the win.

Little and Price clash on the undercard of Dillian Whyte’s eagerly-anticipated rematch with Derek Chisora at The O2 in London this Saturday, live on Sky Sports Box Office in the UK.

Like Little, Price has suffered back-to-back defeats in 2018. He was brutally stopped by Alexander Povetkin after initially flooring the Russian last March and then a fight against Sergey Kuzmin in September was cut short when Price suffered an injury.

Little believes Price is vulnerable and plans on taking full advantage when they meet over eight rounds.

“I’m mentally stronger than David,” said Little. “He’s going to let his last couple of defeats get to him whereas I’m just eager to put them behind me and move on. I’m willing to go to them deep and dark places to get the win.

“There are weaknesses there to be exposed. I can categorically say that this fight won’t go the distance. I’ve got the engine of a train and I won’t stop going. When I fought Filip Hrgovic I was getting better as the rounds went on, but I got cut. Never at any point was I gassing.”

He fought rising Heavyweight talent Daniel Dubois in his last outing at The O2 in June and took the Peacock Gym giant five rounds despite breaking his hand in the opening session, and knows he may have to show the same heart to get past Price

“David has the skill-set and the physique to stand me on my head,” added Little. “But I’ve got a heart bigger than David’s. There will never be any quit in me. Who wants it more? That’s the difference between me and him. I am willing to go to places that David has nightmares about.

“Against Daniel Dubois, I broke my hand in four places in the first round but I would never, ever say: ‘I’m done’. I believe that if you do it once you will do it again.” 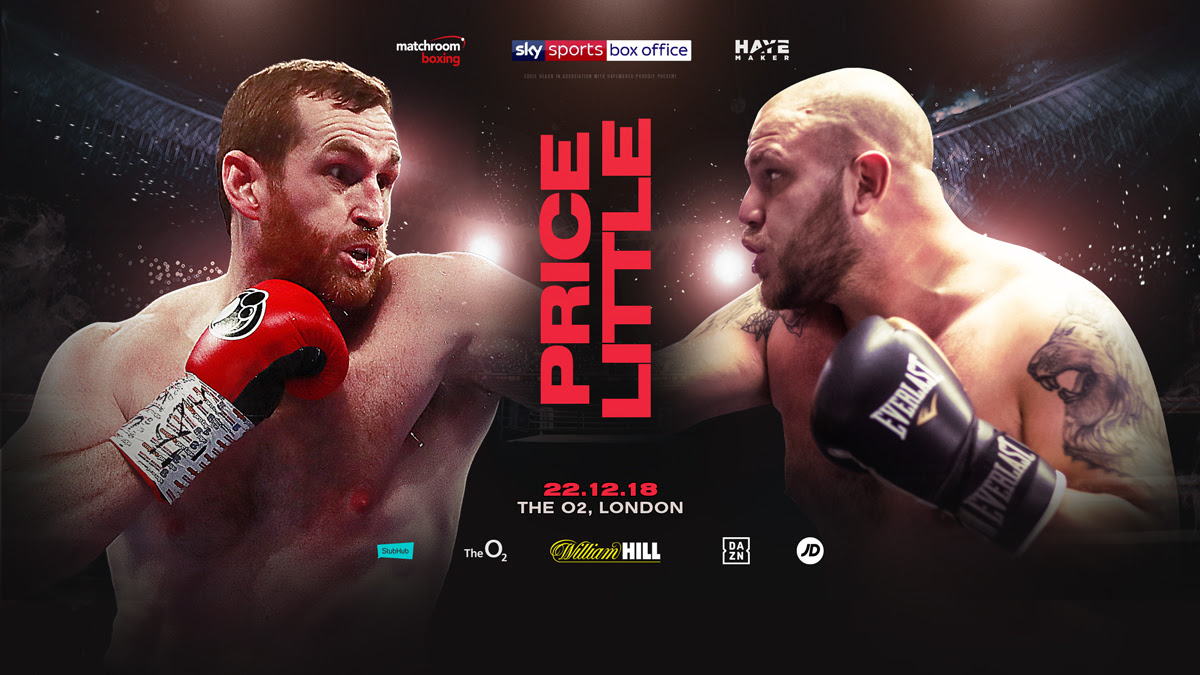 A shot at a title could be the reward for Little if he upsets the odds against Price on Saturday but he also knows the ramifications for the loser of the fight.

“This is a game of hearts, and you have to put it on the line. Sometimes you have to bite down and go to lace that you don’t want to go. I’ve done that a couple of times. It ain’t all roses, honey and cuddles in the trenches. You have to fight your way out.

“This is a winnable fight. People expect me to get banged out but I’ve done rounds with David, and I know this is close. David doubts himself. I think his last couple of losses have taken a lot out of him and if the going gets tough he won’t want to know.”