Joshua has gone on a charm offensive of late after losing face in the wake of Wilder’s amazing draw with Fury on December 1.

The Londoner was even labelled ‘the forgotten man’ of the division as Wilder basked in the glory of one of the best heavyweight battles in some years.

Since then, Joshua travelled to the US with his game face on. The Matchroom star may now finally be ready to make his debut on American soil.

Jarrell Miller is being lined up for a New York clash in the spring. Madison Square Garden and the Barclays Center are leading the way to host.

‘Big Baby’ was ringside as Canelo Alvarez destroyed Rocky Fielding at MSG. Miller is primed to challenge AJ in a much-needed career boost for the 2012 Olympic champion.

Yet another fight on UK soil packing out Wembley in a rematch fight most fans don’t want to see would make no Stateside impression at all for Joshua.

Should he fail in a bid to force Wilder to agree an undisputed battle, Miller will overtake the winner of Dillian Whyte v Dereck Chisora in the pecking order. 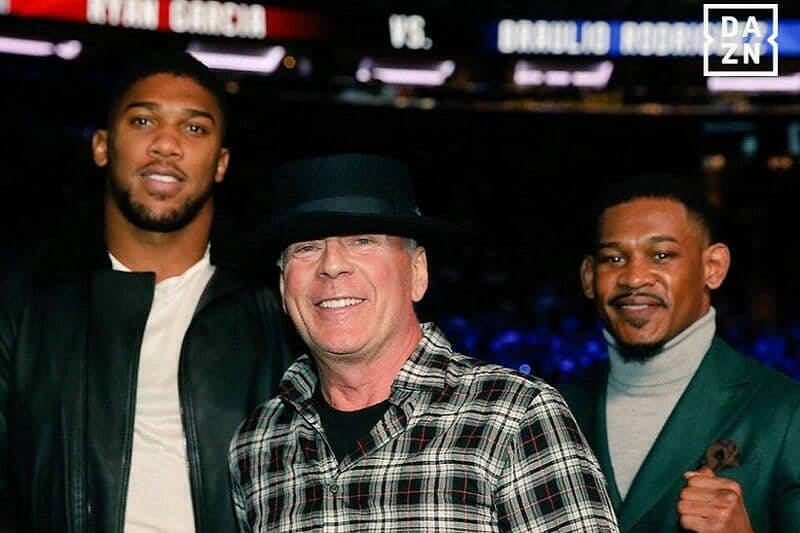 Speaking in New York over the weekend, Joshua revealed he would be willing to offer Wilder a bigger paycheck to ditch the Fury return.

“There’s no ducking. I’m willing to fight,” he told IFL TV. “Begging? Yeah, I am begging. I want to become the undisputed champion of the world.

“I’m hungry for it, so yeah I am begging. In my head, it is Wilder. In terms of figures, it is a lot more lucrative than what he was fighting Fury for.

“Wilder should really consider this offer. I’m not chasing Wilder, it is not that I am desperate, but I’m just saying that both our schedules are free.

“He hasn’t got no mandatory. I haven’t either,” he added.

The mandatory Joshua speaks of isn’t due until later in the year. This means Whyte will one hundred percent miss out in 2019 unless Joshua fights him next.

Miller in the spring would lead to IBF stipulation Kubrat Pulev in the autumn. A move which would see Whyte out of the picture until 2020.

That is unless Joshua decides to fight three times in the coming year.