Billy Joe Saunders makes his long-awaited return to the ring next weekend (Dec 22) at the Manchester Arena after being added to the blockbuster bill topped by Josh Warrington defending his IBF world featherweight title against two-weight world champion Carl Frampton.

The year of 2018 has represented a period of enforced inactivity and injury frustration for the former WBO world middleweight champion, who relinquished the belt following the failure of the Massachusetts Commission to issue him a licence for his mandatory defence against Demetrius Andrade in Boston back in October.

Two scheduled defences against Martin Murray were both aborted due to injuries suffered by the champion, resulting in Saunders not building on the momentum of a hugely positive and busy end to 2017.

His last fight and perhaps his career-best performance to date came nearly a year ago when he travelled to Canada to put his title on the line against the big-hitting David Lemieux.

The Canadian was hardly given a look-in against Saunders at his slickest and a shutout scoreline was recorded on the card of one judge. Three months previously at the Copper Box, the Hatfield man – who trains in Sheffield under Dominic Ingle – widely outpointed Willie Monroe jr, who is set to fight Jermall Charlo for the WBC Interim world middleweight title on the same night as Saunders’ own return.

There is a strong middleweight theme running through the Manchester card, with a barnstorming clash scheduled between Mark Heffron and Liam Williams for the vacant British title, while Martin Murray, who is bidding to put himself firmly in the world title picture, takes on a tough assignment against Hassan N’Dam.

Now Saunders is added to the mix, where he will take on the experienced Hungarian Zoltan Sera in a bid to extend his perfect professional record of 26-0. Sera, 33, who has fought at light heavyweight in his last two fights, has recorded 22KOs from his 32 wins.

Despite his hopes of making a lucrative defence in Boston being dashed, Saunders has remained in training and will be looking to reclaim his world title property in 2019 after sharpening his highly-skilled tools against Sera in Manchester. 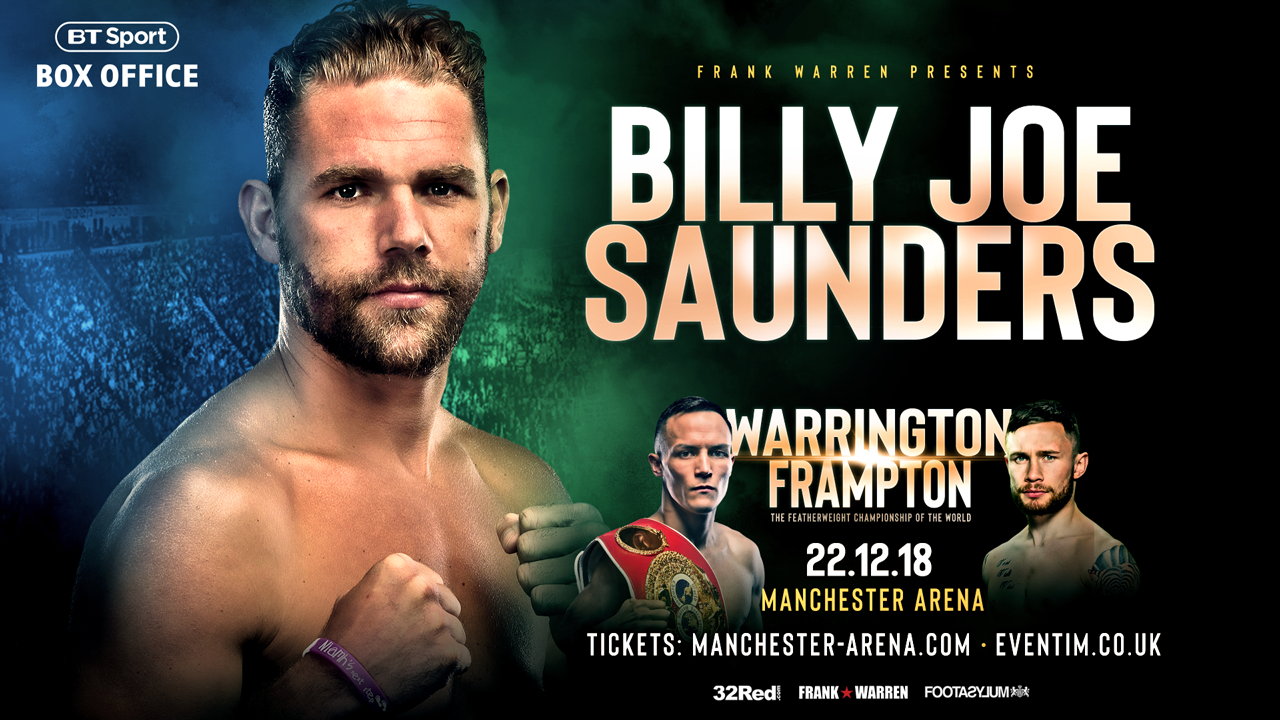