JAMIE MOORE says that Josh Warrington will struggle to replicate his stunning performance when he took Lee Selby’s IBF World Featherweight title in May.

Warrington (27-0) upset the Welshman and he is now the underdog again ahead of his first defence against Frampton (26-1) on Saturday December 22, live on BT Sport Box Office.

Frampton’s trainer Moore believes that was a once in a lifetime performance from Warrington in front of 25,000 fans at Elland Road, home of his beloved Leeds United.

“I think Lee Selby was probably his big night – I’ve got to be honest,” said Moore.

“Was Lee dead at the weight? No.  Absolutely not, because he wouldn’t have made it through 12 rounds. I’ve been there. I know what it’s like.

“I think Josh raised his game. That was the night he looked for in the whole of his boxing life. From being a kid he would have wanted to win a world title and hopefully had it at Elland Road.

“You can understand how he performed like that. But, Carl Frampton is a different level. To me, he is an elite level fighter.”

Moore is an admirer of Warrington, but when he breaks down their clash that many believe will be Fight of the Year he insists there is only one winner and doesn’t expect a 12 round distance contest. 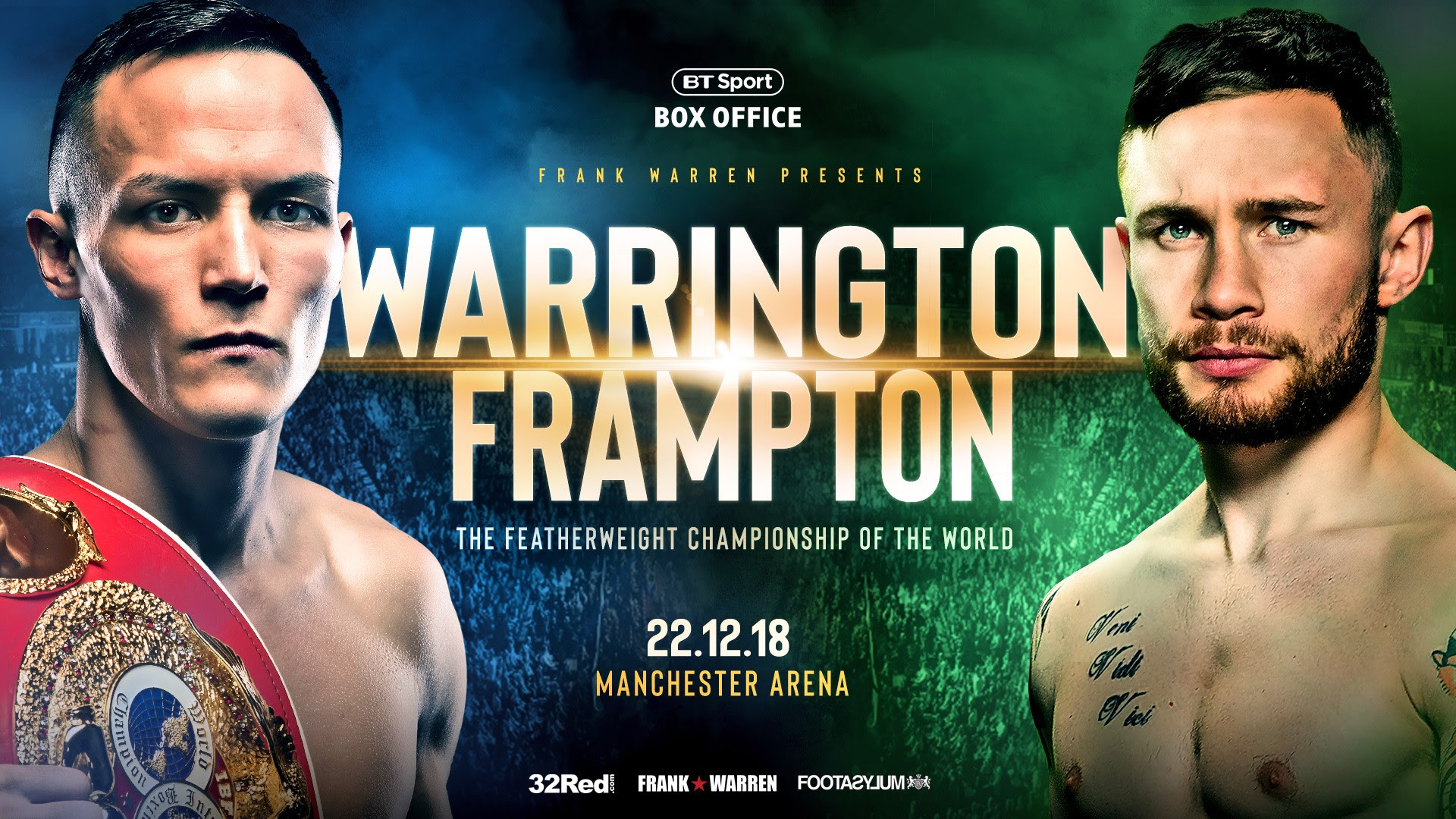 He added: “Josh brings pace and work rate so we know Carl has to be on his game physically and he is on track.

“His jab, his judgement of range and distance. You can’t just go in there and out work someone who has got the skill set of Carl.

“It takes a lot more than that. You have to set those sort of things up and Carl is very good at stopping an opponent in their tracks or anticipating what they’re gonna do.

“His feet are nice. He has got an unorthodox defence so he’s not a typical hands up, fast feet boxer. He dips, rolls and slides and has an odd rhythm.

“Even though I know it will be competitive in fights like this where the styles are going to gel well, the better fighter with the skill set usually wins.

“Josh will be surprised how hard Carl hits. Since Carl moved up to featherweight people think he is not a puncher, but going in with the opponents he has been in with you can understand why he goes the distance.

“I am not giving away clues for the game plan, but I wouldn’t be surprised if Carl gets him out of there.

“It won’t be early because I think Josh has got a good set of whiskers, but I think it will be a case of  breaking him down slowly and later on Carl will get to him.

“The way Carl’s performing, the mindset he’s in, the form he’s in – I can’t see anything but a big Carl Frampton win.”