This past Friday night, Kalvin Henderson remained undefeated and he established himself as a top super middleweight prospect by scoring a 7th round stoppage over Brandon Robinson in a thrilling battle at the 2300 Arena.

The fight headlined a six-bout card promoted by King’s Promotions.

The entire card was streamed live and can be viewed on-demand on the King’s Boxing Facebook page.

The fight was a grueling battle that had many ebbs and flows. The contest at times was a boxing match, with both fighters trying to establish their jabs, but much of it was fought on the inside with each guy having success in the close fight.

In round two, Robinson began to swell under his left eye that was the result of a punch by Henderson.

In round five, the fight changed as Henderson dropped Robinson with a hard uppercut. When Robinson got to his feet, his left eye was virtually shut. Robinson showed tremendous courage as he came forward and even, with just one eye, landed some good shots on Henderson.

In round seven, Henderson came out with a renewed vigor, and turned up his work-rate and he dropped Robinson twice and ended the fight at 2:08 of the round.

In the co-feature, Paul Koon shook off four-years of ring rust to win a four-round unanimous decision over Cade Rodriguez in a heavyweight bout.

Koon dropped Rodriguez in round one with a left hook on the inside. Koon was not able to finish off his large opponent, but came home with to win by scores of 40-35 twice and 39-36. 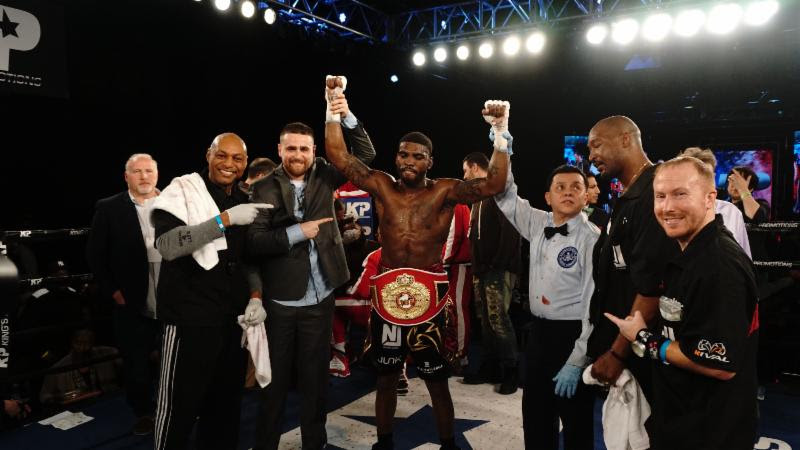 Romuel Cruz pitched a shutout, and won a four-round unanimous decision over Hugo Rodriguez in a super bantamweight bout.

Isaiah Wise scored a sensational 2nd round stoppage over over Andy Gonzales in a scheduled six-round super welterweight fight.

In the opening seconds of the bout, both guys stood toe-to-toe and landed good shots on each other. At the end of the frame, Wise landed a huge right hand that froze Gonzales. Gonzales was looking around the ring, only to eat a monster right that sent him to the canvas. Clearly, the one-minute respite was not enough for Gonzalez, as Wise landed a hard flurry on the ropes, and the fight was stopped at 40 seconds.

Travis Toledo dropped Ronnie Lawrence twice in en-rout to a first round stoppage in a scheduled four-round light heavyweight bout.