Promoter Frank Warren is disappointed Tyson Fury is not a two-time world title-holder following his superhuman effort in Los Angeles.

Fury, only six months into a comeback from losing 140 pounds in weight, put on a great showing to seemingly dethrone Deontay Wilder.

In what was a close fight (WBN scoring 114-112 or 115-111 Fury on reflection), the 30 year-old was on his way to victory until a devastating knockdown in the final round.

That was enough to give Wilder a draw. Meaning the American retained his WBC championship heading into a rematch next summer.

Warren had plenty of praise for Fury. But couldn’t help wonder what might have been.

“The absorbing thriller between Tyson Fury and Deontay Wilder on Saturday night in Los Angeles gave the sport of boxing, the heavyweight division in particular, a major shot in the arm. The eventual outcome, determined by the scorecards, gave it one in the foot,” said Warren in his latest column.

“There can be no doubting that Tyson should have arrived back home clutching some excess baggage in the shape of the WBC world heavyweight title belt. That he didn’t is a travesty that needs to be put right.

“It is so disappointing for Tyson not to have the belt to show for his heroic and highly skilled exploits at the Staples Center. It is a miscarriage of justice that he took with both class and dignity. The way he responded tells you everything you need to know about the man.

“What Tyson displayed inside the ring was what we all thought he would do, but you just couldn’t be sure in the later rounds because of his time out. 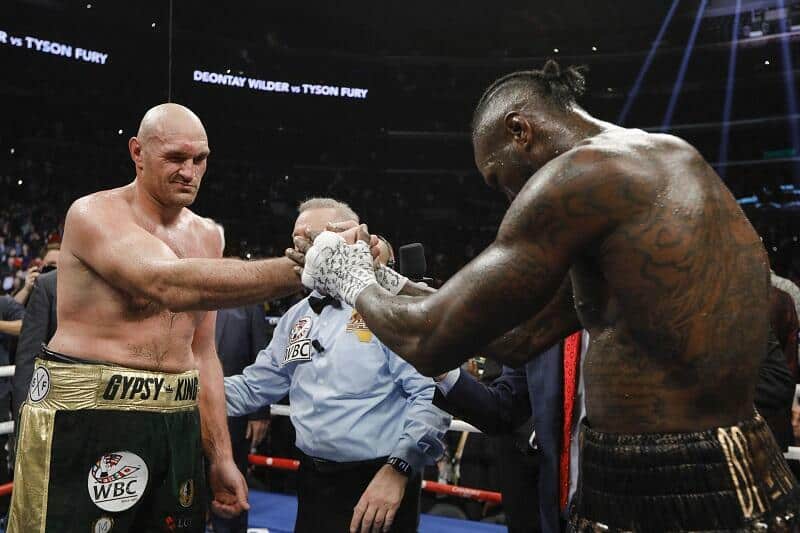 “He was simply magnificent and he won the fight. I watched it back again on Monday and thought he won it by at least four rounds,” he added.

Wilder believes he was also the victim of injustice after claiming Fury was down longer than ten seconds in that final session.

Posting video evidence to back up his case, the only way to settle the score is another blockbuster battle.