Two No Limit Mindset fighters in big fights this weekend

Two members of the No Limit Mindset LLC. Management stable will be in action in big bouts on the East Coast on Friday and Saturday respectively.

Saturday night at The Hulu Theater, lightweight Mason Menard takes on undefeated prospect Teofimo Lopez in a bout that that will be seen live on ESPN.

Henderson (10-0, 6 KOs) of Fort Worth, Texas will be taking a step up in competition as he travels to the hometown of Robinson, who himself has won 11 straight bouts.

“Feeling strong, hungry, and excited to put on a show this Friday, December 7th. Training camp was rough like its supposed to be but we’re primed and ready to knock. Philly is about to feel all this heat,” said Henderson

Menard of Rayne. Louisiana, has an impressive mark of 34-3 with 24 knockouts, plans to use his experience against one of the top prospects in the lightweight division. With a win, Menard would re-stake his claim as one of the top contenders in the weight class.

“This is a big week for No Limit Mindset! Both of my fighters are showing what they are made of by taking these types of fights against top level fighters on the biggest stage! 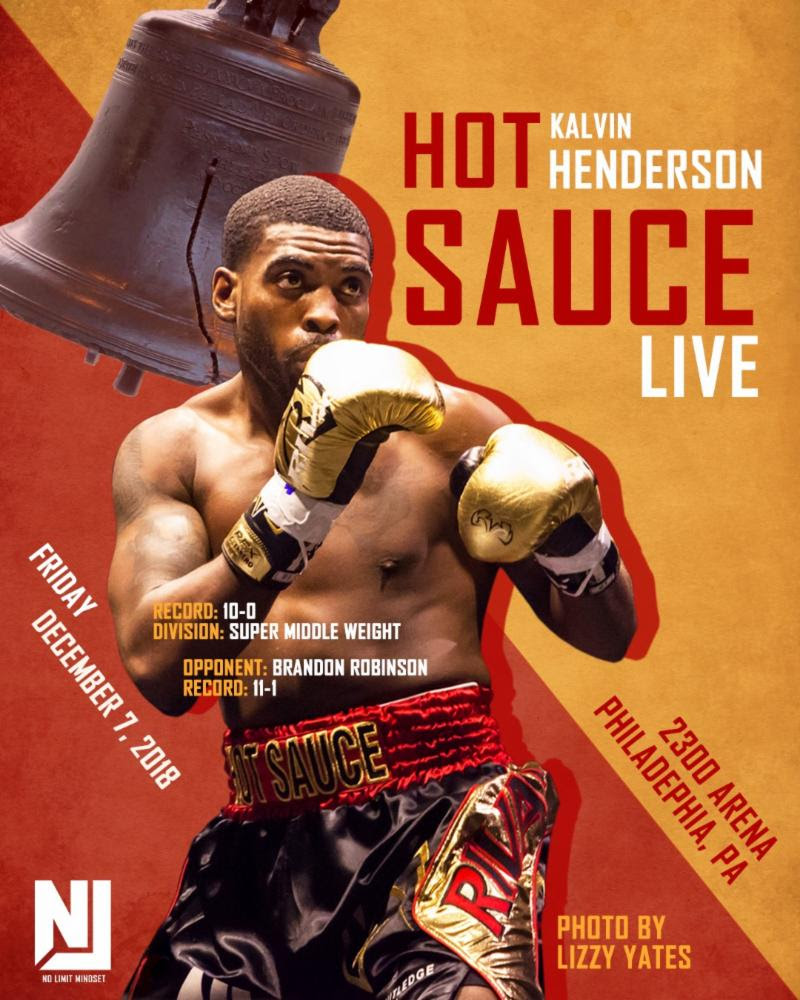 “I am excited to be in Philadelphia to watch Kalvin Henderson fight in another man’s hometown; then the next night at Madison Square Garden in New York City for Mason Menard on ESPN!

“This is what boxing is all about, taking calculated risks and coming out on top,” Said Shane Shapiro of No Limit Mindset LLC.