Brandon Robinson back in action this Friday night in Philly

This Friday night at The 2300 Arena in Philadelphia, rising super middleweight Brandon Robinson looks for a very significant win when he takes on Kalvin Henderson in the ten-round main event of an eight-bout card.

Robinson on Philadelphia, has a record of 11-1 with eight knockouts. All 11 of his wins have come in a row,

“Training ha been good. I have trained for a good eight weeks, and I have been getting top of the line sparring I feel really confident,” said Robinson.

Robinson is looking for a big performance, and hopefully he has a willing dance partner to make a great fight.

“Henderson better come to fight. I will be fighting from bell to bell.”

In Henderson, he is takin on an undefeated foe, who has been promising a win, But Robinson believes that Henderson is overlooking the fighter known as “B-Rob.”

“I think he could be my toughest test. He is undefeated, and has a good amateur background. He is overlooking me, so on Friday, I have a point to prove. I am coming in to make a statement.”

Robinson feels that with his promoter and management team behind him, he is on his way to a great 2019. 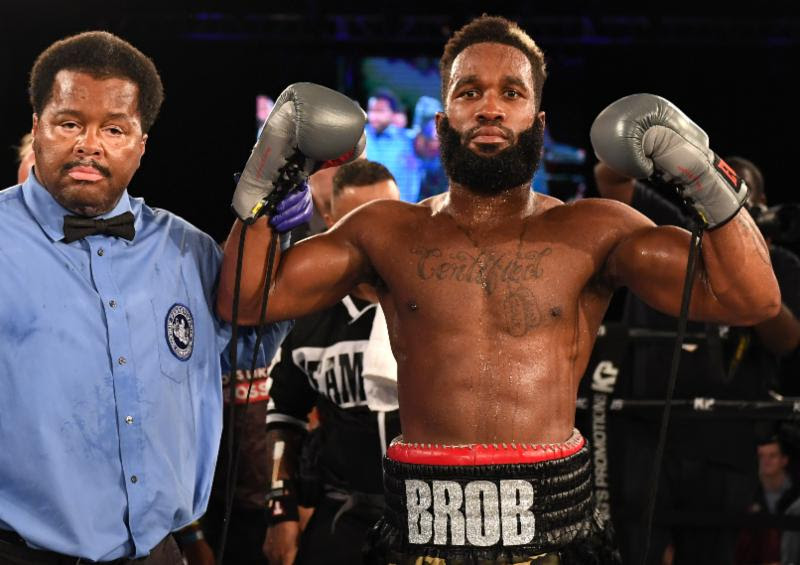 “I am being moved right. With King’s Promotions, and my management team, the sky is the limit. I live clean, and I train hard, so I know that have the ability to do big things.”

“I am going for the knockout. I want to stamp my name as one of the top super middleweights/ Friday night is a big opportunity towards doing that, and I look forward to Friday night.

In four round bouts:

James Brenadin (1-0, 1 KO) of of Lancaster, PA squares off with Sheldon Deverteuil (1-0-1) of Philadelphia in a lightweight fight.

Travis Toledo (3-0, 3 KOs) of Baltimore, MD looks to stay undefeated when he fights Ronnie Lawrence (0-2) of Philadelphia in a light heavyweight bout.