Former world title challenger Ashley Theophane notched up yet another victory on Saturday night to improve his impressive record to 45-8-1.

The 38 year-old Londoner embarked on a World Tour in late 2017 and has so far fought in five different countries over the past twelve months.

Boasting the best winning record of any active Briton, Theophane moved two triumphs ahead of one potential target in Ricky Burns.

Speaking to WBN about ending the year on a high, Theophane is looking to continue his globetrotting into 2019.

“My world tour is going great. 30 months ago I had an idea to finish my career, doing a world tour. The target was to fight and win in 10 countries. I’m now on number 8,” Theophane, who fought in St. Lucia, Luxembourg and his home country earlier in his career, exclusively told World Boxing News.

“I parted company with Mayweather promotions after five years to make this a reality so I’m glad I’m following my goals and doing something against the grain. I’ve never gone the conventional route.”

Theophane took just three rounds to dispatch of  Bakhtiyar Isgandarzada at the PGE Turow Arena in Zgorzelec and was pleased how the trip transpired.

“Poland was a positive experience after fighting in Ghana in September. It was a total change of culture. The fans and fellow boxers showed me love so I had fun. 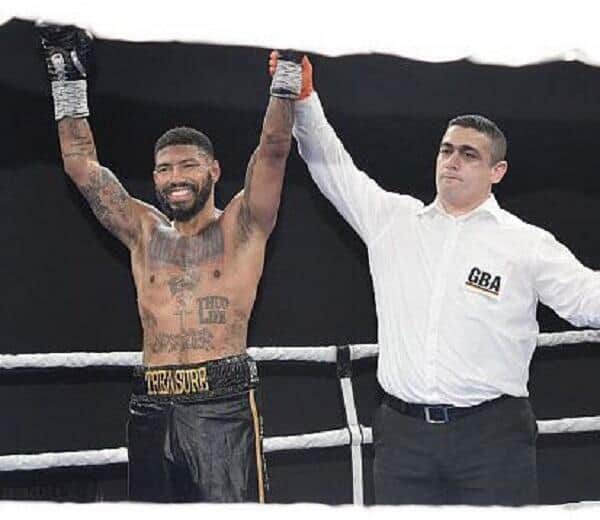 “I’m going to take it fight by fight, year by year and see where it leads me. I’m on victory 45 and have won six since losing in my WBA world championship challenge to Adrien Broner so I’m ready for a big fight.

“I’m back in the USA in January. I’ve spoken to some promoters in South America and the Caribbean so it’s possible I will fight there if a deal can be agreed.

“In regards to me fighting in the UK again, Eddie Hearn has contacted my team and myself a couple times. It’s all about us agreeing a deal both parties are happy with. He knows I want a homecoming fight so the ball is in his court. He has the power to make it happen.

“Frank Warren has Terry Flanagan who I’m interested in fighting. So my job is to stay in the gym, stay active, keep winning these fights on my world tour until something worthwhile comes up.

“I’ve been a professional 15 years. Five years with Mayweather Promotions and 10 years on my own. I know how the business is. Everything is timing. You have to be patient!”

Asked his view on the current World Boxing Super Series at 140 pounds, Theophane replied: “WBSS is great. Boxing in the USA and UK is going great. I’m happy to see the sport I love doing so well.

“My former promotional team-mate Andrew Tabiti is in the cruiserweight one, so I hope he can win it. The 140lbs WBSS will create a star which is positive for the division.

“For me, Josh Taylor or Regis Prograis are the two to watch. I think either one will be the winner.”

And plans for the New Year?

“Well in 2019 I will finish my world tour. I’ve fought in a lot of countries so far over 54 professional bouts. Half of my career has been spent abroad. What I’ve done is unheard of for a British fighter.

“I’ve fought a who’s who of boxing across the world and never ducked a challenge!

“I’m also working on opening my very own ‘Treasure Boxing Gym’ so helping kids in London is my focus after boxing.

“Knife crime is rising and I feel boxing can help these youngsters. Boxing has helped many boxers stay away from a life of crime. Anthony Joshua is one of them, so I feel this is my calling.

On what countries remain on his bucket fight list, Theophane concluded: “Australia, Singapore, Thailand, Mexico, Canada and the Dominican Republic are all possibilities for the next year.

“I fought five times over the last 12 months and 2019 I plan on having another active year. I’m in the final straight of a boxing career I’m extremely proud of,” he said.