Undefeated junior welterweight Antonio Magruder will be back in action after a two-plus year layoff when he takes on 36-fight veteran Matt Murphy in a six-round bout as part of a 10 bout card THIS SATURDAY NIGHT at The Entertainment and Sports Arena in
Washington, D.C.

Magruder (5-0, 4 KOs) is looking to get back in the mix for the 1st time since his opening round stoppage over Ronnie Watson on September 30th, 2016.

Magruder has been back in camp, and working hard for the bout.

“I have had a good camp. I always love training at home for fights,” said the 26 year-old Magruder,

Magruder of Washington, D.C. had an amateur career that saw him have about 100 fights, and for two years was considered the number-one fighter in the country in his weight class.

Magruder’s father, Sean, is one of the co-promoters of the event, and the younger Magruder has been helping out while staying completely focused on his opponent.

“Most of my fights have been at home, and I love it. Its been a good learning experience helping out with the business end of things.”

Magruder, who considers himself as a boxer-puncher, doesn’t go into fights looking for early stoppages. 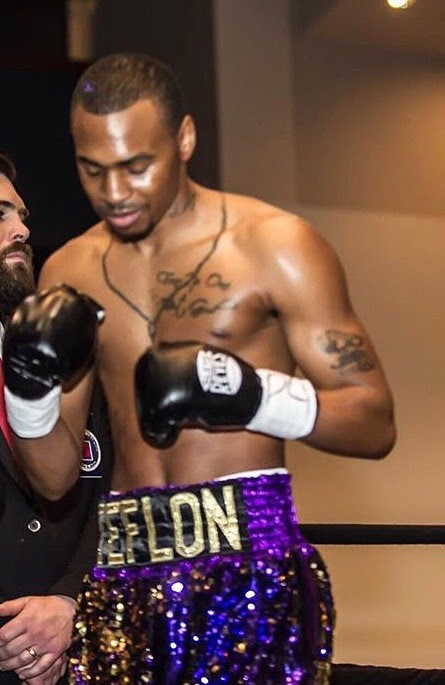 “I don’t go in there looking for knockouts, I just let the fight come to me, but it is great when it happens.”

Even though doesn’t possess an outstanding record, he is battle tested who has faced a staggering 23 undefeated foes, and he has proved to be a sturdy opponent.

“You can’t overlook anybody who goes in the ring. He is durable, and I know that he will try to win. That being said, I do not know too much about him.”

After the long layoff, Magruder sees an opportunity to start making some noise in the junior welterweight division.

“I am looking to be more active. I think in 2019, I will make up for lost time, and look to get five or six fights in. That should take me to 12-0, and I should start to get noticed on those prospect lists. I just want people to come out on Saturday. It is a great card with a lot of good fighters. I have been training really hard, and I will put on a great show.”

Jordan White (6-1, 4 KOs) Washington, DC will square off with Ndira Spearman (1-3) of Lavergne, TN in a featherweight battle.

Tyrell Boyd of Baltimore makes his pro debut against David Rohn (0-8) of Villa Park, Il in a middleweight fight.

Ticket Prices begin at $45 and can be purchased at Ticketmaster.