University of Alabama head football coach Nick Saban has sent along a message of support for WBC Heavyweight Champion and Alabama’s own Deontay Wilder ahead of his world title defense against Tyson Fury this Saturday, December 1 on SHOWTIME PPV® from STAPLES Center in an event presented by Premier Boxing Champions.

“Everyone associated with the University of Alabama football program wants to wish heavyweight champion Deontay Wilder all the best in his title defense against Tyson Fury on December 1,” said Saban in the video.

“I know it’s been a long time coming to have a prominent American heavyweight champion and we’re so proud of the way you represent Tuscaloosa.”

The Tuscaloosa-native had previously visited the Crimson Tide players in preseason before they began what has been an undefeated season thus far.

Tickets for the event, which is promoted by BombZquad Enterprises and Queensberry Promotions, in association with TGB Promotions and DiBella Entertainment, are on sale now and are available via AXS.com.

Wilder vs. Fury will be produced and distributed by SHOWTIME PPV. The suggested retail price (SRP) for the pay-per-view telecast is $64.99 for standard definition. 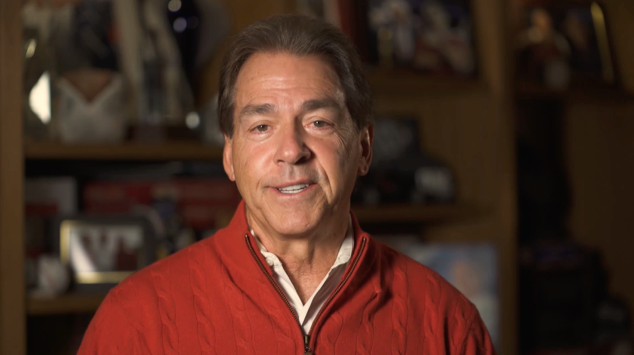