Hard Hitting Promotions is pleased to announce the signing of undefeated super featherweight Tamar “Princess” Israeli to a promotional contract.

Israeli of Tel Aviv, Israel, now fights out of Las Vegas, and has a record of 2-0 with both wins coming via knockout.

The 27 year-old Israeli, who also has modeled all over the world, was recently introduced as the newest member of Team Hard Hitting on November 16th at The 2300 Arena.

Israeli began boxing at the age of 17. While living in France, she started modeling. When she moved to New York, she tried to continue to model, but she became focused on her boxing career.

“I was always getting into fights when I was little, so I put my anger towards boxing, and that is what got me started in the sport,” said Isareli.

Israeli began training at the famed Gleason’s Gym, and had 22 amateur fights.

She turned professional in February 11, 2017 with a 59 second stoppage over Khadija Sanders in Raleigh, North Carolina. Three months later she returned to Raleigh to score a 3rd round stoppage over Lashanda Tabron.

“I am excited and happy to sign with Hard Hitting Promotions. I can not wait to fight on one of their cards. I just was at their last fight card, which was a ShoBox card, and I see the type of fight cards that they put on. It is a classy operation.” 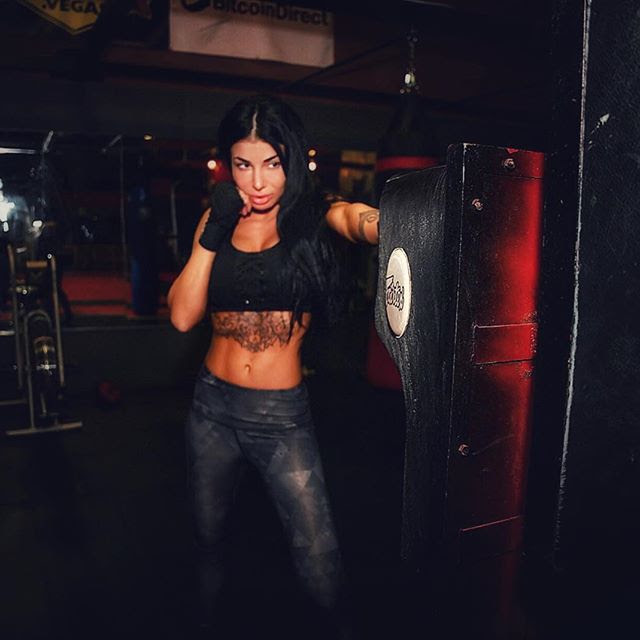 “I met her at Gleason’s and saw that she has a lot of talent. I don’t sign fighters unless they can fight, so she is just not another pretty face. She is a hard worker, and now that we have her under contract, she will get better.”

“I am happy to sign with Brian. I trust him 100%. He is very professional. It is what I needed for my boxing career. I can see what he has done with his other fighters, and I can see my future is very bright.”

“I got the nickname Princess because I loved watching Prince Naseem Hamed fight. He had a different style, and he was a showman. I like to entertain. Also people started calling me that because of my long hair”