Dubois (9-0) got taken the distance for the first time as a professional in October. Dubois faced heavyweight veteran Kevin ‘Kingpin’ Johnson.

The American managed to survive a one-sided, ten-round beating.

Next up for Dubois is American-based Romanian, Razvan Cojanu.

The 31-year-old has 16 victories to his name and just four defeats. One of those defeats coming on points against New Zealander Joseph Parker for his WBO World Heavyweight strap in May 2017.

Razvan will be the second former world title challenger Dubois will have faced so far in his young boxing career to date. This being just his tenth outing as a professional.

“Razvan is a good fighter who has been fighting at world level for the last couple of years. It’s another step up in level of opponent and I’m looking forward to getting in the ring on December 15th and topping the bill in Brentwood,” said Dubois.

“Kevin [Johnson] showed how durable he is in my last fight. I got ten good rounds in the bag from the fight. Also, I went the distance and felt good from it. I enjoyed the experience and it will only help me become a better and stronger fighter going forward.”

Sunny Edwards is rewarded for his scintillating display last month against Ryan Farrag with a further defence of his WBO European super flyweight title on a BT Sport televised card.

The 22-year-old from Croydon will hit double figures on the night as he seeks to go 10-0 in the professional ranks. 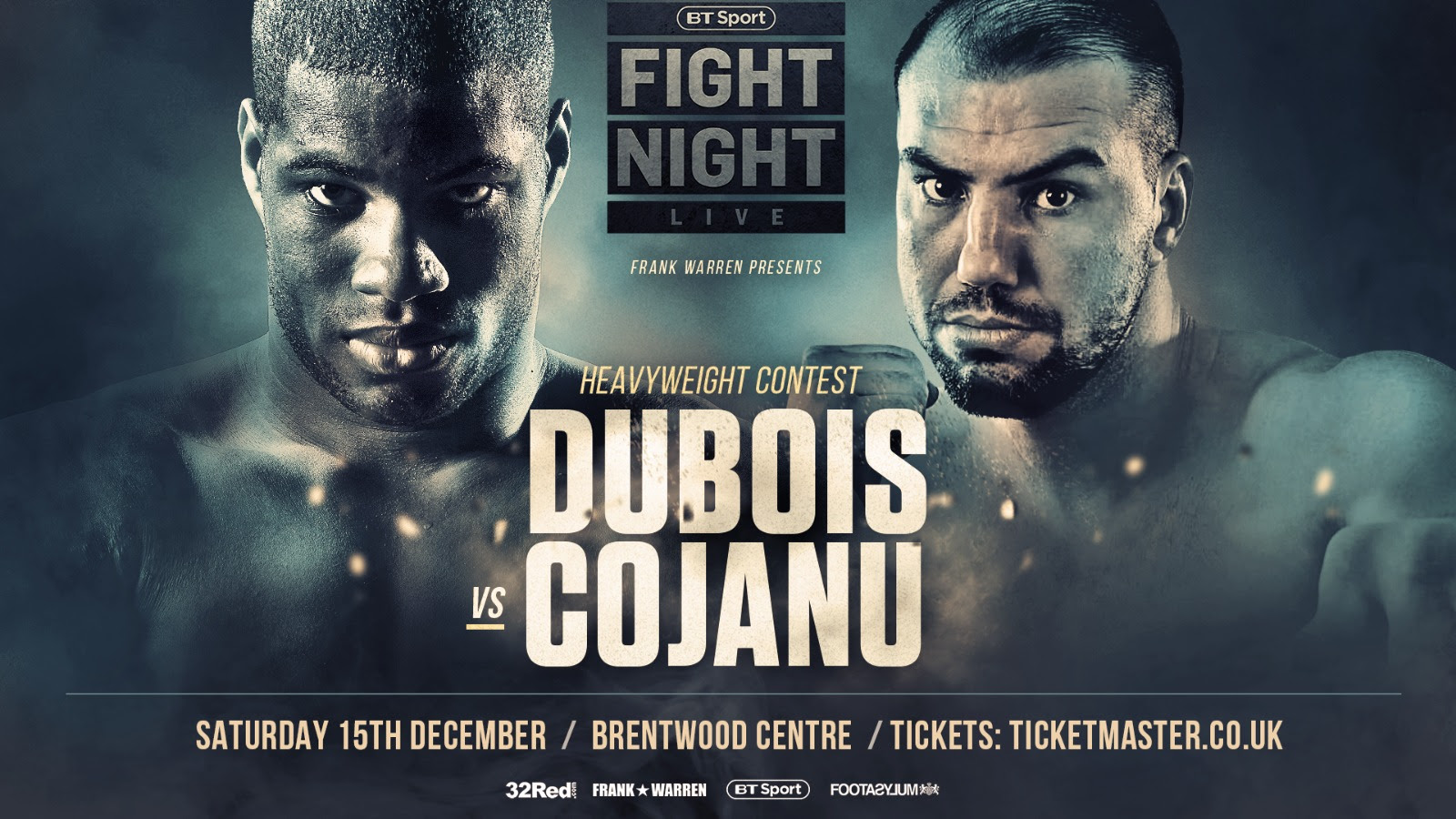 Former British champion Bradley Skeete got back into winning ways at the same Brentwood venue in October with a savage third round stoppage of Fernando Valencia and now seeks to restore his name in the world rankings.