Freddie Roach and Manny Pacquiao are reunited for the Filipino Senator’s USA return on January 19.

Pacquiao tackles Adrien Broner in a warm-up for a rematch with Floyd Mayweather, and after one fight apart, Roach is being called back to camp.

Speaking to Sports Illustrated, Roach outlined contact from Pacquiao on the back of being estranged since a 2017 loss to Jeff Horn.

“Manny reached out directly,” Roach told SI.com. “We sat together one-on-one. I’ll be in his corner on Jan 19.”

At the second leg of his press tour with Broner in Los Angeles on Tuesday, Pacquiao outlined the role he wanted Roach to take up.

Buboy Fernandez was hired as head coach in the wake of the initial split. Pacquiao doesn’t want that to change if Roach accepts the return.

“I don’t have any problem with Freddie Roach,” Pacquiao stated. “All I say is that I think the other work in training should be assigned or designated to Buboy.

“Freddie can supervise or instruct Buboy. This is what we’re going to do,” he added.

At 39 years of age, Pacquiao has enjoyed a renaissance, having signed terms with Al Haymon on a two-fight deal. 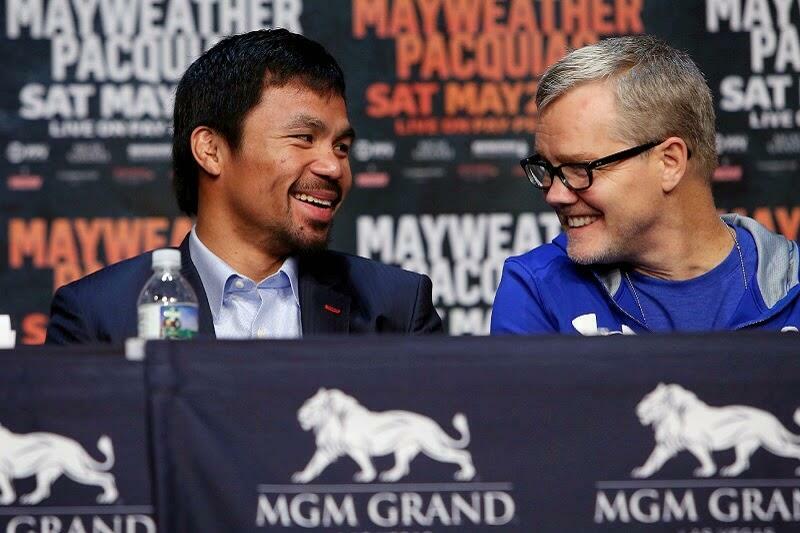 The first will be Broner before a second helping of the most lucrative fight ever against the ‘Money’ man.

Mayweather won a decision back in 2015 but has fought just twice in the squared circle since in the three and a half years that have followed.

Tickets to the Pacquiao vs. Broner welterweight world championship event will sell on Saturday, November 24.

They can be purchased online through AXS.com, charge by phone at 866-740-7711, or in person at any MGM Resorts International box office.