Floyd Mayweather could be facing a hiding to nothing this New Year’s Eve after tentatively agreeing to a nine-minute exhibition fight.

The former pound-for-pound king will face Tenshin Nasukawa in what is scheduled to be nothing more than an intense sparring session.

Mayweather will be paid a seven-figure sum for his trouble after initially calling off the bout.

Insisting the contest would take place recently, Mayweather cleared up the confusion.

“Rules? It’s gonna be a little boxing exhibition. No kicking.

“It’s a no-brainer. Just because I’m retired from boxing. I still make appearances worldwide and make a ton of money.”

Since then, Tenshin won via a first-round knockout at Rizin 129. The kickboxer knocked down Taiki Naito three times on his way to a dominant win. 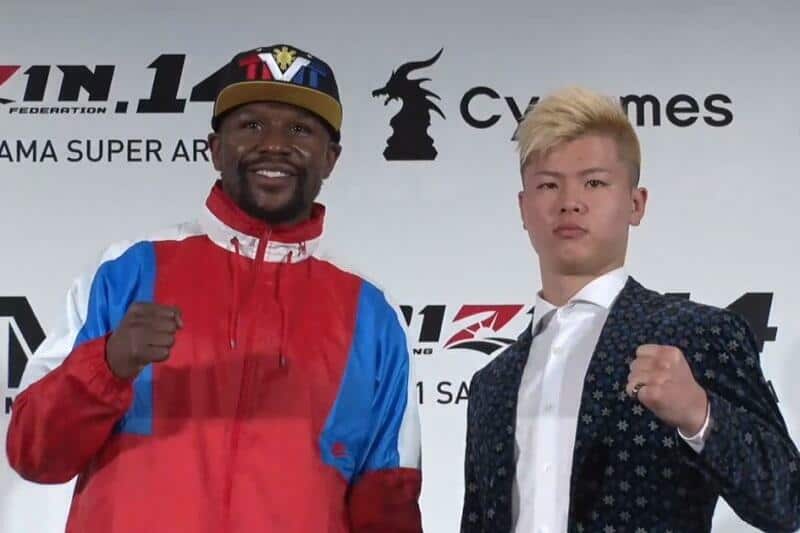 Taking under two minutes to preserve his amazing undefeated record, Tenshin then sent out a warning to Mayweather despite the discussed nature of their encounter.

“As you all probably know, on New Year’s Eve, I will be fighting Floyd Mayweather. I am going back to practice tomorrow to be able to definitely KO him. I will absolutely knock him out,” said Tenshin in his post-fight interview when moving to 28-0.

Could another re-think be on the cards for Mayweather?

Nasukawa has become one of the most popular fighters in Japan and holds 28-0. He’s perhaps the best combat sports prospect the country has ever seen.

Between both MMA and kickboxing fights, Tenshin has fought over thirty times despite turning 20 just over two months ago.

The current RISE Featherweight Champion, Tenshin, began to make a name for himself with wins over Amnat Ruenroeng and Wanchalong PK Saenchai in the KNOCK OUT promotion out of Thailand.

Since those wins, Nasukawa has become a massive star under the RIZIN banner. Racking up four dominant mixed martial arts wins, defeating multiple men to be crowned the 2017 RIZIN KICK Tournament Champion.

RIZIN 14 is scheduled for December 31, 2018, live from the famed Saitama Super Arena in Saitama, Japan.