Two-weight title force Jermall Charlo is back in action on December 22 as he defends his interim WBC strap.

The 28-year-old is one minute older than his identical twin brother, Jermell, also a world champion.

He won his first world title a year earlier than Jermell when he scored a devastating third-round knockout of Cornelius Bundrage to win the IBF 154-pound title in 2015.

Jermall was born in Richmond, Texas, and grew up in Houston. It’s where Jermell still trains with renowned coach Ronnie Shields.

He successfully defended his 154-pound title three times. Including a devastating knockout of top contender Julian Williams. Before moving up in weight to campaign at middleweight.

Moving up to 160 pounds, Jermall proved he was just as dominant as 154 pounds. He made his middleweight debut by stopping Jorge Sebastian Heiland in the fourth round of their July 2017 bout.

Jermall then became the interim WBC middleweight champion. He scored a second-round knockout victory over Hugo Centeno, Jr. in his last fight on March 3. 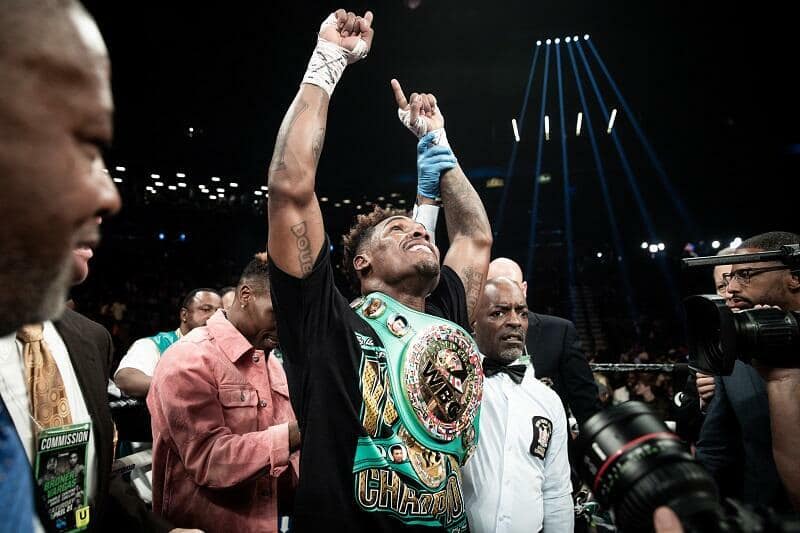 “I’m very excited, and the fire is lit to be back in Brooklyn,” said Charlo.

“It’s great to be headlining a big show with my twin brother in Brooklyn. It’s going to be an exciting night of boxing.

“Willie Monroe is one of those fighters that will get me to the level I need to for all those great fights. And believe me, we’ll get them.

“This is a fight that he’s been asking for, and it makes it special to know he’s keying in on me.

“Everybody knows what I come for. I’m going to knock him out. I’m going to be as explosive as I can and close the show. The journey begins now in Brooklyn,” he added.

Charlo is on a collision course to face Canelo Alvarez or contest the full vacant green belt should the Mexican move on.

It all depends on Canelo’s December 15 clash with Rocky Fielding, where he hopes to be crowned three-weight king.

Should Canelo win and extend his stay at 168 – as expected, the World Boxing Council strap could be made available to Charlo and the next contender in line.

At this point, that first ranked in line would be none other than Gennady Golovkin.