Monday saw 32 bouts of world-class boxing across 4 weight categories in the KD Jadhav Indoor Stadium, each one epitomizing the true spirit and level of the sport that has been on show over the past five days.

The fly (51kg), Feather (57 kg), Light Welter (64kg) and Middle (75kg) gave the crowd a magnificent show, as the 80 athletes reached the quarter-finals after performing brilliantly in Delhi.

It was another excellent day on the ring for Brazil’s Graziela Jesus De Sousa, as she reached the quarter-finals after her skillful display against Canada’s Sara Hagnighat-Joo. Her third participation to a World Championships could finally be the right one to add a medal to her collection, as she was able to win her second bout, after a classy display. She will now meet Japan’s hope Tsukimi Namiki for a place on the podium. 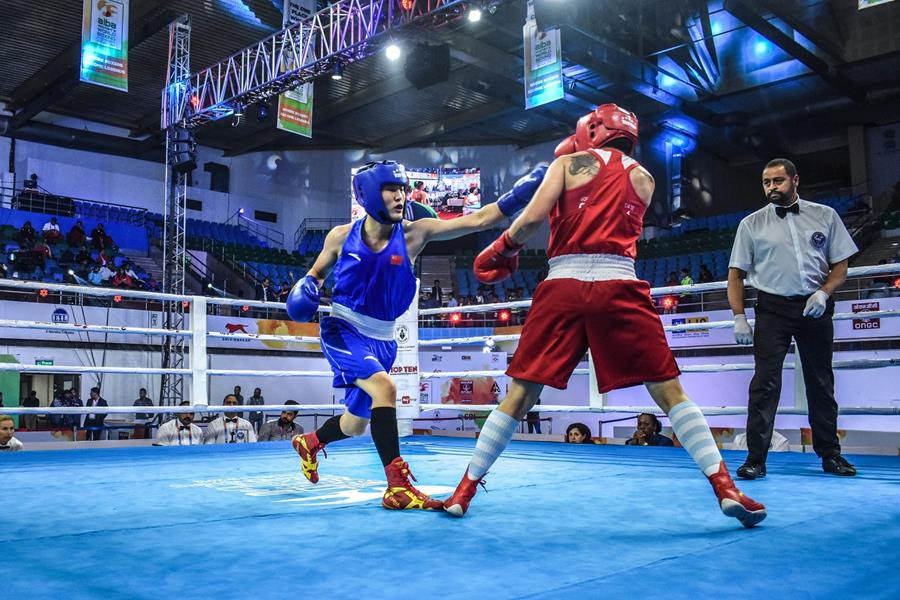 Featherweight (57kg) Alessia Mesiano met Irish two-time Commonwealth Games silver medalist Michaela Walsh for her last preliminary bout. After suffering a lost against her rival earlier this year at the EUBC European Confederation Women’s Boxing Championships in Sofia, Mesiano managed to establish enough advantage in the first two rounds of the bout to secure a win, ensuring her place in the last 8th of the competition and keeping her options to clinch a back-to-back gold medal.