Rosado: Arias ran in his last fight, I won’t allow it!

Gabriel Rosado has pleaded with Luis Arias to go to war on Saturday night as they clash in a must-win Middleweight battle at the Kansas Star Arena in Mulvane, KS, live on DAZN.

Rosado and Arias can lay claim to challenging the World champions in 2019 with victory in Kansas, and Arias has promised to KO Rosado to bounce back from his sole pro defeat against Daniel Jacobs last November.

Jacobs was crowned as the new IBF champion the day that Arias and Rosado met in a press conference for this weekend’s clash in October, joining Saul ‘Canelo’ Alvarez and Demetrius Andrade as rulers at 160lbs.

Rosado has twice challenged for World Middleweight titles and after over a year out of action, the Philadelphia ace wants a show-stealing and fan-friendly fight with Arias to show he’s ready for a third crack at the big prize.

“He ran in his last fight, remember that,” said Rosado. “He doesn’t know what he’s got coming. I like that all the Middleweight titles are with DAZN – congratulations to Demetrius Andrade for his win, that’s a fight I’d love, Daniel Jacobs too and Canelo – I want to smash this clown and then meet the top Middleweights.

“It’s been a long time since my last fight but in that time, I’ve been able to re-group, focus, get back with my original trainer and I’m looking forward to this opportunity. Luis has said a lot about my losses, but win, lose or draw, everybody respects me.

“I don’t know Luis personally, I guess he feels he has to hype himself up. I’ve fought the best, but not only that, I’ve fought them back to back to back, champion after champion. You have to put that into perspective, that’s a hard schedule for anybody, that level of competition.

“I took some time off and I’m healthy, strong and you are going to see a wiser, smarter Gabe Rosado that’s still hungry. I’m not worried about him wearing a mask or talking about bets, it’s a business and it’s a fight.

“Everybody has their path and that was mine. I’ve never had that promoter behind me saying ‘let’s push Gabe Rosado, let’s protect him and build him up to become World champion’. I was thrown to the wolves and being the man I am, I take these fights, I’m not supposed to turn anything down but my collar.

“Through all those tough fights I was able to gain knowledge – it’s either going to make or break you. I think most fighters would be broken by now and would have hung them up, but you see me in the Martin Murray fight, I looked good. I controlled the pace against Glen Tapia and I am going to keep that momentum going and you will see a skilled Gabe Rosado.” 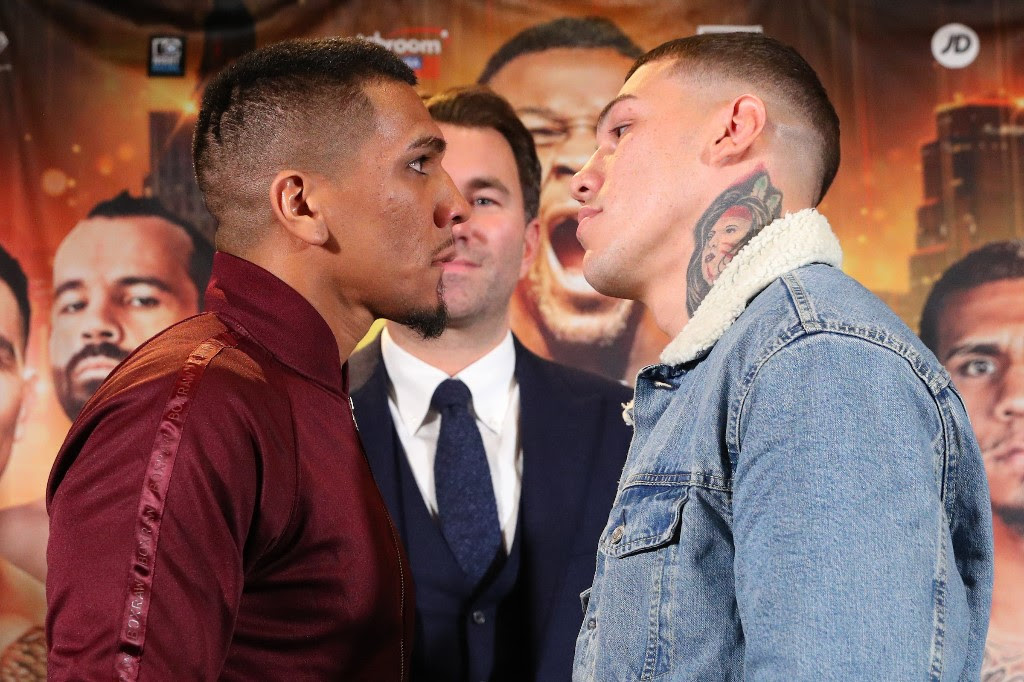 Rosado’s clash with Arias is part of a huge night of action in Kansas in association with KO Night Boxing with a host of stars and local talents in action.

Brooklyn’s Heavyweight star Jarrell Miller meets fellow unbeaten big-hitter Bogdan Dinu in a crunch clash at the top level of the division, while chief-support provided by the brilliant two-weight World ruler Claressa Shields who looks to add the WBC Middleweight strap to her WBA and IBF crowns against tough Scottish challenger Hannah Rankin.

There’s an all-Mexican clash and a homecoming for Brandon Rios against Ramon Alvarez, brother of ‘Canelo’’, as both men look to make a splash at Welterweight.

Unbeaten contender Anthony Sims Jr. makes a move to Super-Middleweight and Brooklyn’s exciting newcomer to the Middleweight scene Nikita Ababiy, fresh from a first round KO on debut in Chicago earlier in the month, is also in action.