The light fly (48kg), bantam (54kg), light (60kg) and welter (69kg) were on the spotlight of day 2 with 45 boxers getting their tickets to the next round of the AIBA Women’s World Boxing Championships in Delhi.

Dina Zholaman (54kg) from Kazakhstan, Paige Murney (60kg) from England, and Ireland’s Kellie Harrington (60kg) were among the namesprogressing, but it was India’s Manisha Moun (54kg) and Finland’s Mira Potkonen (60kg) who made the day 2 headlines.

The Indian women’s squad has become a powerhouse with some big names already on the spotlight for years, and Manisha Moun confirmed today the good health of the next generation of Indian champions.

The 21 years old Bantam (54 kg) boxer’s impressive bout against the experienced USA’s Christina Cruz showed that she is one of India’s future brightest star and, definitively, one to follow here in Delhi. 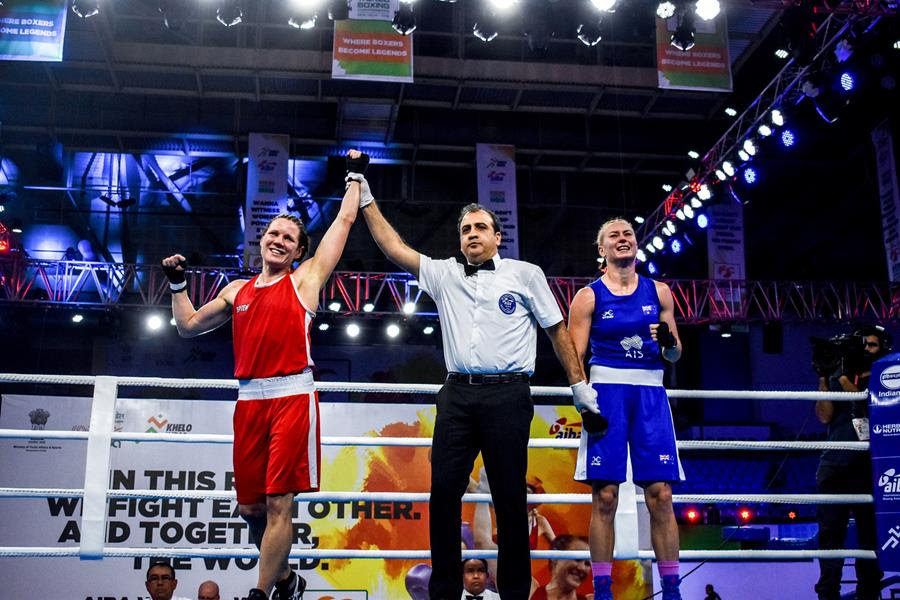 Round 2: Potkonen’s debuts in style

Mira Potkonen’s astonishing winning record is not to prove anymore and the Olympic medalist delivered a well-rounded performance against the Commonwealth Games gold medalist Anja Stridsman in her first bout of the competition.

The Finnish girl, seeded number one in the Light (60kg) category, confirmed she is in top form by defeating Australia’s Stridman to reach the third round of the competition.

It was a great day for the Costa Rican squad on Friday with Bantam (54kg) boxer Julianna Rodriguez making history by defeating Italy’s Giulia DeLaurenti in New Delhi.

The two-time Central American Champion delivered an astounding performance today, getting the first win for Costa Rica in an AIBA Women’s World Boxing Championships in their 4th participation to the event.